This Newsletter has four Topics:

The Keyto Luck
How, exactly, do the Clearing Transmissions work?
Supportive detoxification
The evil rational behind the muzzling of humans

The Key to Luck

This book, and especially the German language original have been my best sellers for years. A couple of weeks ago, the last of the 19th re-print was sold and I took the opportunity of doing a major update to the contents.

The new 2021 Edition is expected from the printers this week. Although, as mentioned in a previous newsletter, there are problems with the supply of paper (deliberately caused by the Merkel and her bosses) which has caused delay in printing, the rise in printing costs is not so much that I need to increase the price of the book.

The online E-Book edition has already been updated.

Those who have read and use the book, declare it to be the clearest and most concise guide to manifesting that they have ever seen.

As we move into new times in which we, of necessity, remove ourselves from the thrall of the bankers, it is most useful to know how each of us has the latent ability to manifest anything that we wish into our lives. All that is needed is to be reminded how to do this. That is what the book is for!

How, exactly, do the Clearing Transmissions work?

"Magic" is the word used when we don't understand how something is caused.
There's nothing magical about the Clearing Transmissions but, to properly understand them, we do need to know a little of modern physics. Of course, just as with using your television set, you DON'T have to know how it works, you just have to follow the usage instructions.

For those who want to know, we have to delve into the world of particle physics and the life cycle of elementary particles.
Modern physics shows us that there is no such thing as a fixed object. Everything is in a constant state of dissolution and re-creation. Every elementary particle which makes up your body and whatever is in it is constantly being dissolved into free energy and then re-created from that free energy. This occurs somewhere between several hundred and several hundred thousand times each second - it depends upon the material being formed.

Each type of material is re-created for a fairly specific period of time. The nerve poison, mercury, for example, can re-create itself in your body for around 60 years. Granite re-creates itself for many millions of years. At the other extreme, there are substances which appear during nuclear reactions which only exist for fractions of a second.

What we are actually dealing with here is the CAUSE of this re-creation! I.e., what causes material to re-form out of free energy?

The answer is "information" - into-form-making!
Where does this come from?

When we study quantum physics it is inescapable that this universe is "ruled" by a guiding consciousness. Aspects of this consciousness determine for how long different materials shall remain in existence. This is by no means immutable, just the basic original structure. As acts of our own creative consciousness, we are constantly invited to modify the world around us. (This, incidentally, is why the methods in "The Key to Luck" are so effective.)

I do hope that you now perceive that, by correct application of our consciousness, we can modify the process of re-creation! This is the essential first step in understanding the Clearing Transmissions.

The next thing that we need to take cognisance of is resonance and dissonance. I.e. do things work together - resonant - or are they in conflict - dissonant.

There are a great many things which make up the human body and all of these must be in resonance. There are also a great many things which will harm our bodies because these are dissonant with it. When such things intrude into our bodies, we call this "illness" or "sickness".
Removing the dissonant "toxins" is the first step in regaining the state of balance which we call "health".

What we have in the Clearing Transmissions is a very cheap and very effective way of removing many toxins. This is achieved by modifying or deleting the information which causes the re-creation of toxic substances within your body. Once the causational information is no longer present, the substance ceases to be re-created, i.e. the last time that it dissolved into free energy, becomes the very last time.

By filtering the "causational signature" of all substances between resonant and dissonant, it becomes possible to selectively disintegrate only those substances which are harmful.

I was led to this by the problem of mercury, aluminium and other highly toxic substances which are built into amalgam tooth filling and "vaccines" which cause almost all cases of autism, cot deaths and hyperactivity (ADHD) as well as a plethora of health issues which normally appear later in life, such as ALS, Multiple Sclerosis, Alzheimer's and Parkinson. These substances enter directly into the infant brain because the blood / brain barrier is not built until much later.

The burning question is, obviously, how do we get them out of the brain (and elsewhere) after the blood / brain protective barrier is complete and prevents other methods of removing heavy metals from the body such as certain herbal preparations which are, otherwise, effective. The solution is to cause them to be permanently dissolved into free energy where they lay. Two years' research and testing led to the Clearing Transmissions. What they actually do is to remove the information which causes the re-creation.

Because of the way in which they work, they don't remove just toxic heavy metals but a very wide spectrum of common environmental toxins.

Which brings us to the pseudo Covid-19 "vaccines" which are, in fact, nothing of the sort but experimental chemo- or gene- therapies. It is because they are inherently unstable that several of them have to be stored at very low temperatures until the moment of injection. It is this inherent instability which causes all of the problems, including the 80% spontaneous abortion rate in pregnant women given the pseudo-vaccine. This instability is also its great weakness as the use of the Clearing Transmissions will disintegrate it stopping both the chaos which it causes in your body and the spike protein shedding which makes other people sick.

Bearing in mind the revelations from Portugal in my last newsletter, it now appears certain that the pseudo-vaccines have already killed more than have died of Covid-19 and, unless stopped, will kill many, many thousands (potentially millions) more.

The DVD is presently available in PAL and NTSC formats. Should there be a substantial demand for SECAM, I will organise production. Please let me know via this special email address how many SECAM format DVDs you would wish to purchase. Please note, these could only be in English - I do not have the facilities to translate them into French or Russian.

The purchase of the Clearing Transmissions DVD also gives you a 10% discount on everything in my book shop.

The Clearing Transmissions are ideal for the removal of environmental poisons which have entered into your body. They are not so relevant when it comes to stored metabolic toxins which have built up over time. These are not so much deadly (in the short term, at least) as uncomfortable as they force your body to build up fatty layers to isolate the toxins or to take up large amounts of water to dilute them below the danger level.

Actio is a programme developed by the German toxicologist, Dr. Uwe Häcker, to gently remove these toxins from your body via your large intestine.

The rationale behind the muzzles

As Dr. Ted Noel demonstrates most cogently in this video, the wearing of muzzles has precisely zero effect upon the spread of any virus sized particles as these go not only through but also around the masks. Although this information is removed before you get your new muzzle, all manufacturers state most clearly that these devices are not capable of stopping anything so small as a putative virus. This is, of course, well known to those who push their use. It behoves us, therefore, to ask why.

This whole Covid fake pandemic is based solely upon fear.
Seeing someone smile rapidly dissolves fear, as everyone knows.

The sole purpose of covering your mouth and nose is to prevent anyone seeing you smile! Such muzzles have no other function and serve no other purpose.

Within the meaning of article 7 of the International Covenant on Civil and Political Rights, pushing the use of facial masking constitutes a crime against humanity as specified in the Nürnberg code established in the 1947 War Crimes Tribunal.

There is, therefore, no valid statute which could compel you to muzzle up! Any fines for not wearing a mask are to be answered with the covenant mentioned above. 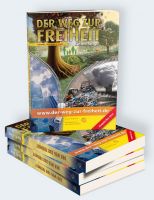