How to make Millions through lying - Lesson Two

Vaccination is a Religion

You can download a .pdf version of this article for distribution by clicking here:  (105 kb)

Quite some time ago, I filmed an explanation of why vaccination should be viewed not as a science but as a religion:

A science is based upon facts and experiments which can be generally replicated. A religion is based upon the orders of a “speaker appointed by God” who dictates all of the rules by which others have to live. “Purely coincidentally” these rules always operate for the benefit of the self-appointed “speaker for God”.

Because, at the time, YouTube limited a video to ten minutes, this is in two parts here:

You don’t need to scratch very deeply below the surface to see that vaccination is definitely a religion.

The assertion upon which vaccination claims to be based is:

“The immune system creates antibodies that kill viruses that cause illnesses. If we, therefore, inject dead or weakened viruses, the immune system will build antibodies to them. Should that man or woman then come into contact with the wild version of the virus she/he will already have the antibodies and won’t become ill.”

This sounds plausible but only if you don’t know how the natural immunity actually functions.

These are, regrettably, all assertions without scientific foundation and are daily called more and more into question. This is precisely that which is forbidden in a religion because asking such questions invariably leads to the disempowerment of the “speaker for God”. So, in order to maintain their two billion (US) turnover in vaccines each year, vaccination must be made compulsory. That’s what this strange play acting in the german parliament which we saw in part 1 was all about.

Here, I quote Prof. Bruce Lipton PhD., one of the world’s leading cell biologists and former teacher at eminent medical schools until his own researches showed him that that which he was required to teach is nonsense.

“Modern medicine has no scientific foundation; rather it is based exclusively upon the requirements of the marketing departments of the pharmaceutical manufacturers.”

Where would one seek evidence for the effectiveness and safety of vaccines?

The two places where this must be available are:

a)      The vaccine manufacturers

And what do these two have to say for themselves?

The manufacturers say, “Everyone knows that they work.” Press them for more than this vague homily because a general belief is not scientific evidence and demand details of the scientific studies, including the so called double-blind tests, and you will hear: “It would be unethical to carry out such tests as two groups of people would be denied the undeniable protection against illness.”

In May of 2017, I wrote an article about this following this declaration from a front organisation for the pharmaceutical cartel. “You don’t need science to prove the safety of vaccines; a general belief that they are safe is all that is necessary.”!

And what do the bureaucrats who have the responsibility to determine whether a medicine is safe to use say?

They refer you to the manufacturers!

However, the manufacturers’ assertion that no comparison studies have ever been carried out is, in itself, not in accord with truth. The problem is that all such studies show uniformly that vaccination doesn’t prevent illness, it spreads the disease it’s sold to prevent!

If you know how the natural immunity actually functions, this is what you would expect.

Your natural immunity reacts IMMEDIATELY to invading micro-parasites. If your immunity is fully functional, then these invaders will be neutralised at once and you won’t become ill. Vaccines, however, contain substances which suppress your natural immunity (otherwise, the vaccines would be completely ineffective say the manufacturers).

If, however, your natural immunity is weakened then the antibodies will not be created and you will get ill. A weakened form of the hypothetical virus is quite enough to make you ill. This is, in point of fact, exactly what happens; vaccination spreads disease! All comparison studies, over more than 100 years, uniformly show this.

If it wasn’t vaccination, what did bring about the massive reduction in disease and almost completely eliminated two of them?

Nutrition and hygiene is the answer.

In part 5, we will look at this in more detail.

An adequate high-quality diet is indispensable for the functioning of your natural immunity. In the 19th century, the time in which reliable statistics first became available, the death rate from measles complications lay around 70 per 100.000 residents. In modern number, this would mean around 42,000 deaths per year in the UK and 249,000 in the USA. As food production grew and the infrastructure to transport it over longer distances was built, the cities could be much better supplied. Not only did the prices fall but also the rates of disease as well. After the First World War, many diseases began to rapidly decline and by 1958, the general death rate with measles had reached zero!

It was ten years later that the first measles vaccine made its appearance. This is the tool by which the pharmaceutical cartel claims the praise due to the farmers and engineers and seeks to constantly bill us for their achievements.

For many decades, people in general have believed in pharmaceutical medicine. Now, however, there are just too many unanswered questions; questions which modern medicine cannot answer because it has no scientific base. Daily more people ask these questions which, inevitably, leads them to seek healthy solutions elsewhere.

The pharmaceutical cartel will, in the next five years, either lose 2 billion a year turnover or, with pre-purchased politicians who are prepared to commit treason, continue their exploitation of mankind with compulsory medication.

Often, the putative viruses are not the cause of an illness at all but a part of the natural solution for the disease! I have written a complete book on one example of this which you can see here: www.theflufairytale.com 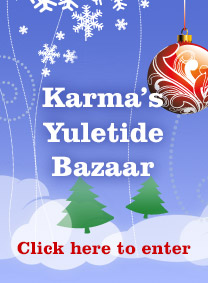