New videos in the Messiah series

Only hours now and then it begins

There's still time for you to get in on the act.

I've changed the date on the registration form to 28th June, otherwise it would be automatically switched off at midnight tonight (UK time). The seminar is, however, definitely on Saturday and Sunday with a final Q & A session on Monday.

Full details, registration and local times are all here:-

The Messiah Parts 5 and 5a

The first two are available now and the third will be released one week later. 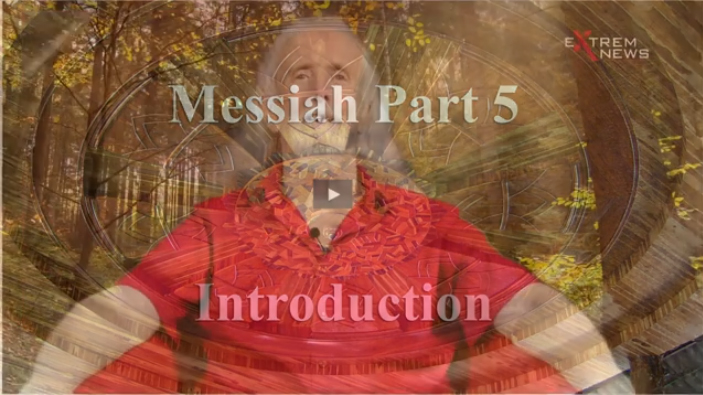 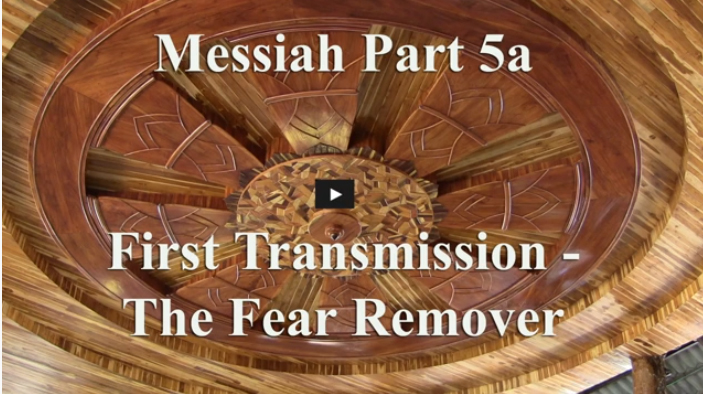 The events of the last weeks taken together with the mounting evidence that "Something is rotten in the Kingdom of Denmark" bring one inescapably to the conclusion that humanity as a whole has been subjected to the biggest fraud ever attempted and that this is planned to continue as the "justification" for killing about half of the world's population.

It began more than ten years ago as witnessed by the results of research in Switzerland, echoed by others in the USA, that all those showing a positive Covid-19 test had received a 'flu vaccination during the preceding ten years.

After a "vaccine" had been patented, Dr. Death (Tony Fauci) began prophesying the new pandemic. (A technique which he had used many times previously.)

In the Autumn of 2019, a world-wide test-exercise was run on controlling the narrative about the forthcoming "pandemic" and how the Tech Giants, Google, Twitter and Facebook together with CNN, BBC, et. al., were to play a pivotal role in preventing truth reaching the public at large.

Parallel to all of the preparations The Bill and Melinda Gates Foundation made sure that all were on board with the plan by "giving grants" to the WHO, the Charité hospital in Berlin, Imperial College in London, and others. Bill Gates himself established close contacts with political figures such as Angela Merkel to make sure that everything at that level would be closely co-ordinated.

A further part of the preparation was for Tony Fauci to transfer research in developing virus based germ warfare forbidden in the USA to Wuhan in China, together with $450,000,000 of US taxpayers' money to finance the illegal research. Thus was the stage set to begin the plandemic.

Quite why China bought into the plan is little unclear as they appear, economically and politically speaking, to be the major losers but perhaps that is all part of the bankers' plans. On the other hand….. (see below)

So, the stage is set and, after a few false starts in November and December 2019, the ball was set rolling.

Using the main stream media (92% owned by the pharmaceutical cartel and their friends) a carefully planned and executed propaganda campaign was started to convince everyone that a brand new, super-deadly disease had broken out in China and that this was going to sweep the world. (You may well remember, as do I, how often new "super diseases" that "were going to kill millions" but never materialised began in China over the last 60 years,)

At first, we were told that this was "the" corona virus. Very quickly, however, real scientists pointed out that corona "viruses" have been well-known since the 1950's and are associated with very mild forms of influenza.

So the name was changed to Covid-19. This is, actually, an acronym for "Corona-Disease-2019" which brought us back to the more than one thousand known corona variants all of which are classed as harmless.

So the name was changed again to "Sars-Cov-2" which implied some connection with a previous failed attempt to instil mass-panic. SARS, a 2002 vintage fake epidemic which proved so extremely difficult to transfer from one person to another as did subsequent panic makers such as Avian Flu, Swine 'flu etc. that it was dropped after a few months.

It was after these failures that a brilliant new idea was born:

"There doesn't actually have to be a new disease to create panic; if we control the narrative (and owning 92% of the press makes this relatively easy) we just need to pretend that there is a new deadly disease and let the propaganda do the work. Just as Hermann Göring (Adolf Hitler's deputy) repeatedly said, 'If you say a thing loud enough and often enough, no matter how ridiculous it is, people will believe it.' The only thing that we didn't do before was to build the politicians and bureaucrats that we've purchased into the plan."

So, let us make a quick review of who is involved and what they expect to get out of it:

The Bankers:
Get to complete their planned complete takeover of the world which they began with the United Nations and continued with the European Union and similar organisations around the world.
Democracy is to be abolished as are all human rights.
Everything is to be the property of the bankers including all other people who are to become sub-human serfs to the bankers.
All towns, cities and villages are to be removed and all serfs concentrated into ghetto "super cities" (Agenda 21).
For "reasons of hygiene", cash money is to be abolished so that the bankers can determine how much each serf is allowed to have and can control what they spend it on.

The Eugenicists (as exemplified by Bill Gates and those for whom he fronts):
Eugenics, in case you're not familiar with the term, is the philosophy, widely practiced from the end of the 19th century up until the late 1960's, of "improving" humanity by killing off the "defectives", i.e. anyone who doesn't conform to a theoretical norm.

It is they who have been extolling the virtues of extermination by vaccines for many years. This may well be based upon their first (and, to date, only) great "success" in 1918/19 by which vaccinations killed up to fifty million people. Although this was "rebranded" "Spanish Flu" people died not of influenza but from the myriad diseases which had been injected into them with the vaccines. So far, they have proved unable to repeat this "success" because they don't understand how human immunity works but still base their efforts upon the Pasteur/Koch proven to be false hypothesis of infectious disease.

They have, therefore, developed new vaccines - for which Gardasil may be the test programme - designed to do so much damage that, for most people, recovery is impossible. These vaccines will also be injected with a registered RFID chip so that you can "prove" that you are not infectious. This chip (which looks amazingly like the forehead and horns of a bull - see "Revelations" in The Bible) allows the surveillance and control which the bankers need to establish and to maintain their absolute dictatorship. For this to be effective, people need to be at least 2 Metres apart (sound familiar?). Closer and their 5G spy systems cannot accurately determine whom is being observed.

The Pharmaceutical cartel:
Gets to sell billions of dollars' worth of vaccines to compliant governments whilst being completely set free from any liability for the harm which they cause.

The People's Republic of China:
Got to root out and exterminate the many dissidents under a cloak of an "epidemic emergency".
They have not only the most comprehensive network of absolute control systems but also most of the technology to implement it world-wide. It seems, therefore, highly likely that Chinese Communist Party apparatus will manage the bankers' control system.
Additionally, the Chinese military (basically, the Chinese Communist Party - the military in China is not a separate organisation but a part of the communist party structure) have a plan to exterminate most Americans and to move large parts of their population to the, then, empty American lands.

How can you escape?

Stop believing the nonsense and return to normal life.

If you've missed anything, all is availalbe in the archive:

See the link at the top of the page