Your decision is needed

This weekend, what will probably be the final New Moon Seminar in English will be held online.

At this moment, there are not sufficient participants for it to take place at all; at least a further six are needed.

Do you have the courage and the compassion needed? 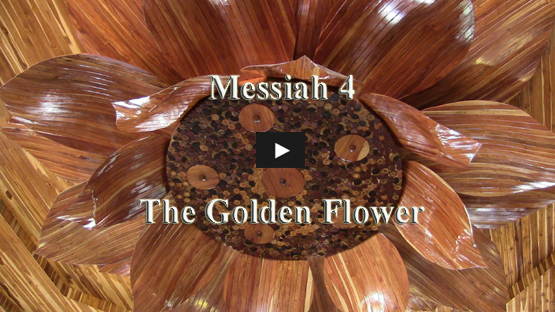 This wasn't his intent, of course, but, pulling together all of the many strands of this story and bearing in mind the long history of papal manipulation as well as that of Jorge Mario Bergoglio, perhaps better known to you as Pope Francis, his more recent utterances have helped us to make sense of the whole thing.

It becomes necessary here to list some of the threads which have drawn us to the inescapable conclusion at the foot of this exposé.

1: (Just arrived this week). 100% of all Swiss people showing Covid-19 "positive" received at least one 'flu vaccination within the last ten years. It has been reported to us that similar studies carried out in N. America have reached the same conclusion.

2: All so-called "Covid-19" deaths took place in people at 70+ years of age with other serious health issues.
https://blog.nomorefakenews.com/2020/04/09/covid-italy-update-dispelling-the-pandemic-illusion/

3: So far as can be determined, there have been no Covid-19 deaths at all anywhere upon Earth. Nowhere has the death rate in this year exceeded the normal weekly rate of death. In some countries, it is slightly below the typical level.

4: The "symptoms" accompanying "Covid-19" deaths are indistinguishable from those of cyanide poisoning. The overwhelming majority of such deaths have occurred in areas having high levels of industrial air pollution, including hydrogen cyanide.
https://youtu.be/5RAtFBvKrVw   (If Google has deleted it with their #TooMuchTruth app., search for it on bitchute.com)

5: For the first time ever in the history of the world, the HEALTHY were placed in quarantine.

6: During the initial period, the name was changed twice from Corona virus to Covid-19 (an abbreviation of Corona-Virus-Disease-2019) and then to Sars-Cov-2. This has the effect of separating it, in the mind of the layman, from other Corona Viruses (of which there are more than 1,100 known all of which are associated with mild influenza) and then to imply that it had something to do with SARS which managed to kill 774 people, world-wide some ten years ago.

7: For the first time ever, mass-testing of healthy people was carried out to "prove" that the "virus" is very widespread. That these tests are non-specific, i.e. will register "positive" for any of the more than 1,100 Corona "viruses" which were first identified more than 60 years ago and is, to boot, notoriously unreliable is information which was simply withheld from the public. Such tests have even registered as positive when used on a papaya fruit!

80% of the people and 100% of the papaya, goats and sheep which tested "positive" have never had any related illness symptoms.
https://youtu.be/wKRcPFk3v9k

8: Although "viruses" are so small that they would pass through such completely unhindered, in large parts of the world it has been made compulsory to wear surgical masks. This has the sole purpose of maintaining the fear level; it has ZERO effect upon preventing the passing of any putative "virus" from one human to another. As a side-effect it causes pustules on the face and in the lungs.

9: The so-called "social distancing" requires much too small a gap to prevent any "infection". If you are trying to prevent "infection" in this way, you not only need a much greater gap but must also take air temperature and wind direction into account. "Purely co-incidentally" the specified "social distance" is precisely the minimum distance between people required by the 5G surveillance, control and weapons system before it can positively identify whom it is targeting.

10: In the early 20th century, the power of the "industrial barons" was absolute. Swapping the names of the Titanic for her badly damaged sister ship, the Olympic so that she could be sunk in the N. Atlantic to claim the more than $10 Million insurance, needed the labour of many men. The owners of the White Star Line (which includes the banker J.P. Morgan) were able to tell them that they would be committing treason were they ever to tell anyone what they had done.
https://youtu.be/tIfae9HVbzg  - short version
https://youtu.be/91_G87eGUfg  - longer version
Steadily, the power of the barons is being eroded and, since the beginning of this century, with increasing speed.

11: Since the late 1980's, the veracity and effectiveness of pharmaceutical medicine has been more and more called into question. The projected rate of acceleration would probably have led to mass-rejection of it by 2023.
https://www.tprip.com

12: For many decades, the bankers were able to act in total secrecy, in the background. It was they who controlled the world by purchasing the political system. The last 20 years have seen a rising necessity for them to move into the limelight to maintain their position at all. The events which rang the fire bell were the election of President Trump, despite the bankers having rigged it for Hilary Clinton, the Brexit vote in the United Kingdom and the replacement of the banker puppet, Theresa May by the Brexiteer, Boris Johnson.

13: From the 1920's onwards, Rockefeller - the principle owner of the pharmaceutical industry - and associates began buying up the world's press and, currently own about 92%.

The initial action may well have been to cover up the millions of deaths which they had caused with their vaccines in what was subsequently called the "Spanish Flu".

Steadily, especially following World War II, they began to use this to promote their own programmes of mass-vaccination. They know, of course, that vaccination is, at best, useless and even today is killing and maiming tens of thousands in the Philippines and elsewhere. There is a daily growing public awareness of this and a grass-roots movement which has been very successful in curtailing the activities of the pharmaceutical cartel in this respect. In addition, there has been a rapid growth in independent press which published that which the cartels would keep hidden.
https://www.bolenreport.com

14: Most of the organised religions but, especially, the Catholic Church have been steadily losing their influence over the last 150 years. Cardinal Ratzinger (the "retired" Pope) almost completed the task of crashing the papal empire and his successor will only hold things together until all of his past activities in S. America become public knowledge.

15: In the latter half of the previous century, there took place a massive growth in interest in organising human society in very different ways. In this century, this has continued to expand and, in many places around the world "alternative countries" have sprung up. Some of these have even managed to negate all attempts by the bankers and their government puppets to destroy them. Although none of them could, as yet, be classed as "mass-movements", they are the seeds from which great change could spread -

In speeches given by Pope Francis and repeated from the pulpits he has "explained" that God had appointed "special" people to make the difficult decisions that ordinary people don't understand. It is a very difficult thing to do, he continues, but now we see that things are getting a little better. You should praise those who have made these oh so difficult decisions for you and obey them in all matters. If you do this then we can let you go back to work.

Translation from "Manipulatese" into normal language:

"You have been naughty people. You have disobeyed your rulers. You have dared to make decisions for yourself. You have questioned the very structure of the rulers and the ruled. For this we have put you into prison for two months.
Now we will let you out on parole under our new rules of order: Move in a grid system of rows 1.5 metres apart. Do not touch anyone else. Do not let anyone see you smile. Do not breathe freely. Wear these face coverings so that your brain is oxygen starved and you are unable to think clearly.
These are our new rules. Obey and all will be good. Disobey and we will put you in prison again."