When Evil rules the World,….

… do you bend your knee or do you stand tall and reach for higher consciousness?

In the ancient Nordic Sagas, this is called “Ragnaröck” – “the time when men and Gods will stand together against the giants”. Other teachings call this time “Armageddon”, “Mahakranti” and many other titles.
Do you see that this time is now upon us and that you have chosen to be here, now to play your part?

The evil giants, the six cartels, have taken control of most of the world and cannot be defeated by any means used to date but the divine knows how and has prepared for you that which you need to win this struggle. This is why you have need to stand tall and reach for it. It is also, of course, a part of the Divine Plan that you now NEED this knowledge.

Many, very many, have already felt their need to re-connect with the Divine Source which is why we are seeing such a rapid growth in interest in organised religion. This, of course, although a step in the right direction, is by no means, sufficient. It is also why the cartels are doing their utmost to prevent people going to church.

Organised religions are a compromise; a way of seeking to be in both camps at the same time. A little knowledge of spirit is taught but, mostly, they are political organisations seeking to carve out kingdoms for their own elite. Their time is also over. True knowledge of who you are comes only from the source and never via an intermediary. An intermediary can show you how to attain true knowledge of self but if he or she asks you to pay homage to her- or himself then get out of there quick and find an honest teacher.

I offer to you, the Messiah series of videos here:- 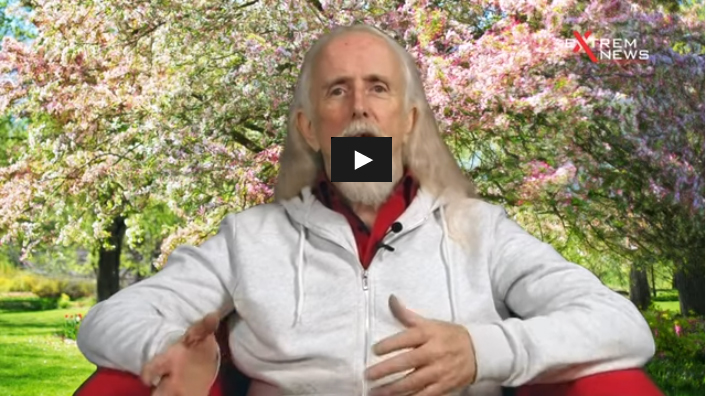 So, what does it mean to “bend the knee”?

It means to acquiesce to every little increment in the destruction of your personal sovereignty. It means following nonsensical “rules” blindly and, even worse, demanding that others also do so. It means, by your cowardice, condemning your children and your childrens’ children to a life of misery as a slave to a tiny, self-appointed “elite”. It means “enforcing” “rules” which make no sense and bring ill-health and death to many others. In short, it means becoming very much less than human.

This is precisely what the evil ones need; your abasement to their orders to destroy yourself. At this time, this is the only way in which they can hold onto the power that they have wielded for so many centuries.

What does it mean to stand tall?

Your access to the divine is not outside you but within your heart. It is here that you always know truth and why we have been trained for millennia to ignore our heart knowledge and to simply believe instead of knowing. Standing tall means to reverse this and to reclaim your central position in your life at one with the Creator / Creatrix. It means to be the sole “authority figure” in your life.

What now lies in our hands is the choice between a bestial dictatorship and the re-establishment of truth and honour upon the lands of our Earth.

Choose in accord with your vision of who you wish to become.

Putin declares the End of the Plandemic

Going against the paranoia of Western governments, Vladimir Putin announced today the return to normalcy in Russia:

This morning, I listened to the reports: The numbers of people who have been cured is already higher than the numbers of sick. The number of infected people has decreased to less than 20 per thousand, i.e. below 0,2%. This makes it possible to carefully remove the restrictions imposed.”

Currently, in most regions of the Russian Federation, compared to Western countries, there have been very few restrictions since last summer. All services and shops are functioning (bars and restaurants in several regions have to close at 11 p.m. (in theory). In practice, many only close at dawn).
The only remaining limitations are the obligation (here again, very theoretical) of masking in transport and stores, and the 50% occupancy limit in cinemas, museums etc. The majority of the population does not follow these stupid instructions; the mask is rarely worn, even under the chin. As for the “social distancing”… here is a picture taken a few days ago in the Moscow metro…

The scope of Vladimir Putin’s declaration is in fact very political: it shows the clan of globalists in Russia, led by the mayor of Moscow who wants to strengthen measures to align with Western countries, that his little game is over.

In August, Vladimir Putin ordered the mayor of Moscow to lift the quarantine. The mayor received a phone call in the middle of a meeting to prepare the announcement of the continuation of the quarantine and had already started to send SMS messages to inform the population. According to a witness, the mayor did not say anything for 2-3 minutes, and at the end of the communication stated that the quarantine was lifted.

Last week it was again the President who ordered the mayor of Moscow to stop the “distancing” education that he had set up in October for a large part of  students. Today he has, therefore, declared, at the national level, that things have gone on long enough.

Vladimir Putin is clearly putting Russia out of the globalist plan. One should also recall the new measures that Russia has written into its Constitution (e.g. marriage = man plus woman exclusively, the reaffirmation of faith in God, the predominance of Russian laws over international laws, etc.) which clearly show the path chosen, at the antipodes of the project of a globalist society.

The electoral theft carried out by Biden and his accomplices in the United States will quickly drag Western Europe into a forced march of globalization.
Macron, moreover, pledged his allegiance to Biden in their first telephone interview yesterday.

Russia will then assert itself as a sovereign oasis in a crazy world. It is in order to avoid this that the globalists are forcing their way with the attempted uprisings fomented by the “5th column” led by Navalny and a few oligarchs.
(ER "editor's note? : This interpretation of Alexei Navalny, a man largely irrelevant to most Russians according to geopolitical analyst Tony Cartalucci, being used to foment trouble for Putin has credibility.)

But, as Konstantin Sergeyevich himself said here: “Russia has the human, financial and military means to chart its course regardless of the reactions of the globalists”. In the same article, Konstantin Sergeyevich writes: “Without a rapid reaction, tomorrow or the day after tomorrow, the worst is already programmed”.

Vladimir Putin’s statement today about the end of the madness around the covid shows that there is one reaction, which should be followed by others in the coming weeks.

The most peculiar FFP2 Masks

Since the 25th January, these industrial paint spraying masks have been compulsory “street wear” in Germany.

Both the reasons given for this new imposition and the enormous safety implications leave VERY much to be desired.

Keeping it short, the government is claiming that the FFP2 masks have such a fine filter that they will, actually, stop viruses. This means, of course, that the masking previously imposed had precisely zero health benefits and is, ipso-facto, a criminal act of de-humanising as defined in Article one of the German Basic Law (quasi constitution).

Further, it has been reported on German government television (ARD) that the “real” reason for the new imposition is the fact that one Jens Spahn, the so-called “Health Minister” made an erroneous purchase and was left with several million industrial spray-painting masks on his hands. Cronies then simply helped him make a new “law” to compel the German people to buy them.

There are, also, enormous health risks with these masks: Because they require the wearer to generate a very high degree of suction to get any air at all through the filters, those with weak lungs and / heart could suffocate within minutes.

The manufacturers also point out this difficulty and, further, specify that, even for very healthy people, the masks should be worn for a maximum of 2 hours and must be followed by normal breathing for at least 40 minutes. The general law also states that these warnings must be given in writing with the purchase of every FFP2 mask. This does not take place.

Finally, experts cast grave doubts upon claims that even FFP2 masks could stop anything so small as a virus and the micro-protein Sars-Cov-2 which is almost one thousand times smaller then a “virus”, will pass through even an FFP2 mask with ease so it’s a good job that it (and all of the fantasy “mutations”) are completely harmless to humans.

The manufacturers make no such claim, stating merely that they are effective against fungi and bacteria both of which are at least hundreds of times larger than even a “virus”.