Ever since the Beatles joined Maharishi Mahesh Yogi's movement in the 1970's, the word Mantra has come into widespread usage in the Western world. That the word is the plural form of Mantrum and what it actually means is, however, not widely known and I have, therefore, explained things in detail here:-

A Mantrum is a sound construct which you empower by giving voice to it, i.e. it works for you if you sing it. Just listening to it has almost no effect; just like sitting on the couch watching gymnastics on TV will not make YOU fit!

Many of the best known mantra are in Sanskrit or one of the other languages of India. They are often written as short sentences or poems, not because of the meaning of the words but in order to give the correct sounds in the correct sequence for the effect desired.

The effect is achieved by the sounds themselves and not by the meanings of the words selected!

Although words from the Scriptures are most commonly used, this is because such words almost never have any negative "baggage".

From a purely theoretical point of view, words such as shit or fuck could be used when the needed sound is in that word but the rather negative connotations would strongly detract from the healing effect intended.

This is a single Sanskrit letter the vibration of which is the original sound of Creation.

Unfortunately, there is no equivalent sound in English which has led to it being often mispronounced whereby the effect is drastically reduced.

For those who speak English, it is the combination of the ou sound in the word "bought" followed by M. Correct proportions are 2/3 "ou" and 1/3 "M".
There is an audio file here with which you can practice.

For some considerable time, the world has been ruled by destruction. It is time to change this for creation. Each of the approximately one million people who took part in the demonstration on 1st August in Berlin has many friends who were there in spirit. This is something that ALL of us can do whilst sitting at home or in the office. The important thing is to do it regularly.

This is what we will do.

Beginning on Saturday 15th August, at 11.00 we will all sing the mantrum ten times whilst focussing into the German Kanzleramt** followed by ten times into the RKI.

This can be repeated on the hour every hour, every day.

It is, of course, reasonable that many people are not going to be able to do this every hour so let us make the principle times each day 11.00 and 19.00, i.e. twice daily but on each full hour if you can.

As the RKI contains a satanic temple, the building may collapse which is why it is sensible to begin on a Saturday. If it does collapse, this is most likely at the weekend.

Why these two specifically? These, together with the American National Institute of Health run by and for Tony Fauci and his wife, form the axis of evil charged with the task of reducing the whole of humanity to slave status beholden to the bankers. Remove the core and the rest falls apart.

It would be, of course, entirely helpful were you to organise similar actions in your own countries; just make sure that you select the right targets.

Don't worry; you can't possibly do any harm with this: The US Congress and especially the Speakers Office should be on your list of targets but the White House will be helped and empowered by projecting the sound into there. It's not about destroying or harming anything in any way; it's about bringing light into darkness and, thereby, disempowering the minions of evil.

How do you focus INTO a building?
You sing where you are but visualise that the sound reverberates inside the building which you are looking at; DO NOT ENTER the building - just project the sound into it.

As with most things, this gets easier with practice.

Here are two photos of the buildings. Click on them to see them in large format 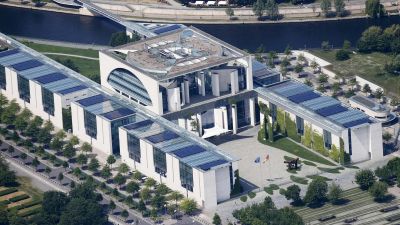 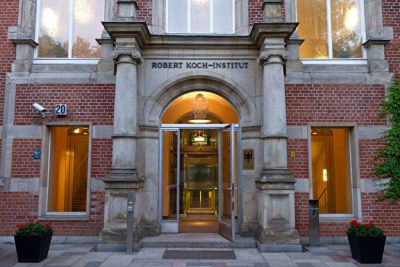 ** The Kanzleramt is the German equivalent of The White House in the USA, the British 10 Downing Street etc.

The RKI (Robert Koch Institute) is the arm of the pharmaceutical cartel which, literally, manufactures health statistics in order to promote the pharmaceutical sales, especially vaccines. It has an overiding power over the German parliament (The Bundestag).