Pandemic in a morgue

At the very end of the last newsletter I added a video which presents a short introduction to extremely important new findings in the world of microbiology. This is so important and also easy to understand for the layman that I will repeat it here as the first topic.

Assuming that this corresponds to reality - and the probability is very high that it does - then not only is the permanent problem of extremely low infection (less than one percent) in so called "infectious diseases" clarified and solved, but also all justification for the world-wide plandemic dictatorship and the most profitable industry in the world - vaccination - completely disappears! 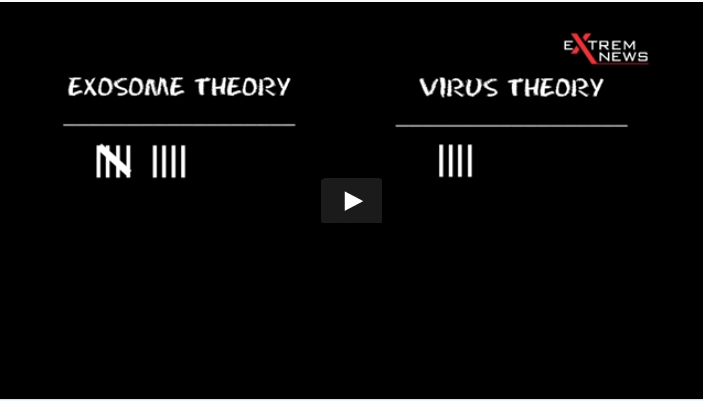 A little more than three weeks ago, all pots of Actio and Brutus were sold out. As reported in my newsletters, there were a lot of bureaucratic difficulties with the re-delivery; sometimes "justified" by the Covid plandemic and sometimes for other reasons, e.g.:-

For "export" some documents have to be stamped. Six times the guys went to the office to get the prepaid stamp. Six times he was told that "today is not possible". Finally he asked why it is "not possible". The reason? The ink pad has dried out and they are still waiting for a new ink bottle from the main office in Greece.
So he went to the stationery shop himself, got a bottle of ink and received the stamp.

Well, cutting a long story short; yesterday the new goods finally arrived. At the moment of writing, 10.45 a.m., Wednesday 8 July, the boxes are being unloaded from the lorry and brought into our warehouse. Delivery starts this afternoon!

Please note, that the licences for human consumption as dietary supplements are ONLY valid for Europe. We can deliver in the UK and Eire (as well as all other European countries) but, outside this area, customs may well refuse entry and so, at this moment, we cannot offer such deliveries.

And the gooder news

Whilst they waited for the curfew to be lifted, they tried out a new method of production.

This involves creating hexagonal structures in the powder.

The basic structures of human cells, at the molecular level, are hexagonal. We have long known, thanks to Emoto and others, that hexagonal water is the most valuable and effective for our cells. New research has made it possible to arrange nutrients whose basic building blocks are crystalline into hexagons.

It was noticeable when mixing the ingredients that they blended together much more easily and much less dust was produced.

The experiments that led to this show that this hexagonal arrangement is very stable because it reflects natural order.

As with hexagonal water, it is to be expected that the new Actio and Brutus will be absorbed much more easily and more quickly because they have the same resonance as your cells. More easily absorbed also means more effective in detoxification and building up healthy tissues.

You can now order the new products here

Gradually I am taking over everything except production - I have no expertise in that and no interest in gaining such.

For many years I worked in the freight industry and I can finally bring expert knowledge to this aspect of delivery.

The next production run is already in preparation to meet a ship at the beginning of August. Three weeks later the cargo will be with us. This will ensure deliveries to you until deep into the Autumn.

So, here we go

Storm in a Tea Cup
- or "pandemic in a morgue"

Because Merkel & Co. KG. GmbH and other "governments" cling so stubbornly to a fairy tale, we still have to deal with this phantom epidemic.

The week before last, the German Wannabe vaccine manufacturer declared that there are too few cases for proper research to be done and that there will (probably) be hardly any customers for the vaccine.
So the butchery company Tönnies came to the rescue with 1000 new cases, which disappeared after a few days.

Although it has become abundantly clear that
- this so-called "virus" has been known since 2013,
- has proven to be completely harmless,
- has not killed anyone (so far as could be determined),
- the applied tests give false results in up to 85% of usage,
- the test (PCR) is unsuitable for diagnostic purposes according to the inventor and manufacturer,
- the tests do not even show the presence of the suspected virus, but fractions of hypothetical particles (antibodies) which are said to have destroyed the "virus",
- i.e. only when your immune system (according to the medical hypothesis) has already destroyed the "virus" can you test "positive",
- i.e. if your natural immunity has NOT destroyed the "virus", your test will be negative,
- a "case" is not someone who is ill and has reported for medical treatment, but someone whose natural immune system is functioning so well that he/she has destroyed the "virus",

the Basic Law (constitution), i.e. the protection of the people against exploiting governments continues to be suspended and the country is again being subjected to an arbitrary dictatorship (as in 1933 - 1945) - this time to "protect" the people from a non-existent disease.

Postal authorities are still refusing to accept packages for delivery outside Europe. Printed books and DVDs can, therefore, not be mailed. Only the download versions can presently be delivered.