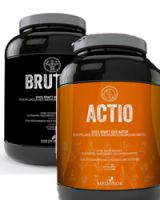 These two very important products appear here as a temporary stop-gap to get around order and delivery problems via other channels.

Both of these products have been developed by Dr.rer.nat Uwe Häcker and his Partner Louis Vanwonterghem. Dr. Häcker is a toxicologist, Biologist, Naturopath und specialist for anaesthesia and intensive care who, at one point, even worked as a consultant to the World Health Organisation (a department of the United Nations) until it became plain to him that that organisation is primarily concerned with pharmaceutical profits at the expense of public health.

All health teachings around the world and throughout history teach that ill-health occurs when poisons (toxins) have entered the system and that regaining health is most often to be attained by removing those toxins.

In contradiction to this is the pharmaceutical industry claiming to cure by ADDING toxins to your body.

This practice has made it the leading cause of unnatural death and disability throughout the planet.

Dr. Häcker and Louis Vanwonterghem decided to use their knowledge in accord with ancient wisdom and, to this end, developed, amongst others, the two products Actio and Brutus.

The most obvious place where your body will store toxins is in your abdomen and intestines. It pays us here to look at how this happens.

Whenever you eat or drink something that your body can neither use nor easily eject, it will be stored in the walls of your intestines. As these storage areas become full, that which had been stored will be pushed out into other parts of your body. Getting these out of this "dead store" is, as many will know, by no means easy and your abdominal fat tends to just stubbornly stay there.

What Dr. Häcker and Louis Vanwonterghem developed is a plant-based compound - also suitable for vegans - which will draw out toxins stored in the walls of your intestines and eject these from your body.

It is recommended not to go more than ten feet from a toilet during the first three days. With some people, the initial detoxification takes the form of large amounts of gas and you could, for a short time, become the source of the most devastating farts you've ever experienced.

As the walls of your intestines are cleaned out, the toxins in the "dead store" will be naturally pulled in to replace them. Over the four months of the initial detoxification your waistline is likely to reduce so much that you will have to bring all of your trousers or skirts to a tailor to reduce the waistband size.

Having a toxin free body makes you, of course, much more alive, youthful, perceptive and generally much, much healthier.

It is for this reason that Karma Singh has recommended in his book "Cancer? So what?", published in November 2019, that Actio be used as part of your programme to deal with / prevent cancer.

At the moment, for bureaucratic reasons, both of these products can only be delivered within the EU, Switzerland and the (soon to be free) United Kingdom.

Brutus, although widely used by body builders and athletes - because of its all-natural plant-based, vegan formulation, is quite legal for use by competitive and professional sports men and women - can also contribute greatly to general health.

Over a period of several weeks, Brutus will facilitate the conversion of fatty tissues into muscle. As this is a natural process, the use of Brutus is quite legal in sports and is, in any event, undetectable in any "doping test".

For people suffering or recovering from serious illnesses, Brutus is practically essential to correct the tendency for the rapid reduction of muscle tissue (sometimes called cachexia) which often accompanies such illnesses. This is why sick people get thinner and thinner; it is not the loss of stored fats but a loss of muscle mass.

This reduction in muscle tissue is more serious than is apparent: Not only does it indicate that normal digestion and metabolism are not functioning properly, it also means that the less obvious internal muscles, such as your heart, those which push foodstuffs through your intestines, those which power your breathing and all else is also losing mass and strength. This makes recovery from illness much more difficult.

With the loss of 30% of the muscle tissue, the patient is virtually doomed: Survival with this degree of muscle loss is unlikely.

It is for this reason that Dr. Häcker also recommends the use of Brutus, not only with cancer but with all serious and chronic illness such as Parkinson's, Multiple Sclerosis, ALS, Muscular Dystrophy, Colitis, Chron's Disease, etc.)

With Parkinson's (and his "twin brother" Alzheimer), Multiple Sclerosis and ALS, it is also necessary to remove the poisonous heavy metals (mercury, aluminium, etc.) which are the predominant cause of these illnesses. To this end, Karma Singh has developed the Clearing Transmissions which disintegrates these nerve toxins where they are and causes them to be converted into warmth which rapidly dissipates.
These are available on a DVD here:-

One pot of Actio or Brutus is sufficient for about one month.

From 2 pots upwards, delivery is free

See the right column on this page for order options

At the moment, for bureaucratic reasons, both of these products can only be delivered within the EU, Switzerland and the (soon to be free) United Kingdom. 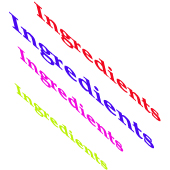 Brutus to build and
re-build muscles