Update Report on Solut and Family

Was the “Climate Change” Scam the Test Run for Covid-19?

Stepping back from the immediate daily effects upon our lives, one is struck by the amazing similarities between these two:-

1) They are both obvious scams which anyone can determine with a little diligent research into the science.
2) The enormous, unbridgeable chasm between the effects claimed and the effects actually experienced.
3) That the main stream press reported only the claimed effects and ignored the reality.
4) Almost all governments followed the dictates of the fake “science” instead of reality.
5) Citizens are punished in a variety of semi-legal and illegal ways for challenging the lies.
6) Fake “proof” is daily presented as a warning of impending catastrophe.
7) The banking cartel and the Eugenicists are the progenitors of both.
8) Both have the ultimate objective (publicly declared) of creating a world government to “cope with the crisis”. That this government is to be a department of the banking cartel is not well hidden although not mentioned in the main stream press which, purely co-incidentally, is owned lock, stock and barrel by the bankers and their friends. The Eugenicists simply want to kill-off the greater part of humanity in order to “improve the breed”. Bill gates and friends want to prove that they can do this with “vaccines”.
9) Both fake events are used to negate rights and freedoms guaranteed under law.
10) Legal restraints upon the actions of bureaucrats and other public “employees” are being negated in the courts.

Looking at this closely, it appears that “Climate Change” was used as a test to find out just how much ordinary people are prepared to believe “authority”.
Although they have now allowed climate change to fade into the background (as with the “Impending Ice Age scare” which preceded it) there are indications that they may soon try to combine the two: “It’s the global warming which has made the existence of this deadly virus possible.” Just two points to quickly negate this:-

a) Human body temperature has not changed at any time during recorded history.
b) Historically, warmer times have proven themselves to be times of INCREASED general health. This is due to the greater availability of quality foodstuffs which, of course, grow in greater abundance in warmer weather. During the Mediaeval Warm Period, in which the temperature was much higher than at present, many places in Europe were able to “double crop”, i.e. glean two harvests per year. Even Greenland had forests and thriving agricultural communities. This preceded the Little Ice Age (ca. 1300 to 1870 A.D.) which caused the Black Death (1347-51), presently called “Ebola”, due to extreme malnutrition as the cold caused one harvest failure after another. Since 1870, we’ve gradually been climbing out of the Little Ice Age but we still have a way to go to repeat the prosperity of the Mediaeval Warm Period. As world temperatures have now been stagnant for nearly 20 years, no-one can say, with any degree of certainty, whether we will enjoy another warm period in our lifetimes or have to reincarnate to enjoy it.

It may well be that the cartels have bitten off more than they can chew here as the crumbling Covid scam has not been anywhere near as successful as the climate change – not even amongst school children who, of course, have not yet been exposed to learning but only to thought control.

The initial shock effect has rapidly dwindled into nothing as daily more people realise that the only thing that is happening is the increase in the use of notoriously inaccurate “tests” which produce no meaningful results but through which perfectly healthy people are claimed to be victims of the deadly fantasy disease. The “sleight of hand” has been to redefine “case” from someone seeking or needing medical assistance to anyone who might have a particular and common human DNA sequence as being seriously ill. These two graphs, one from Germany, the other from the UK show exactly the same thing:- 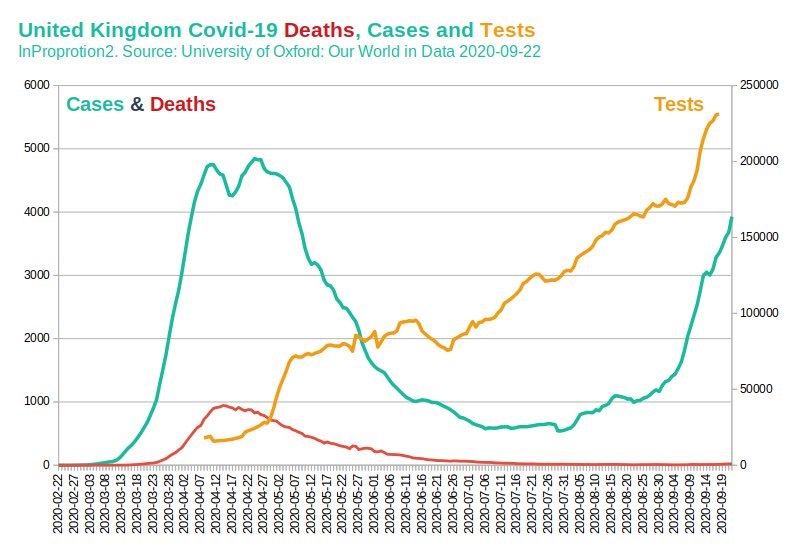 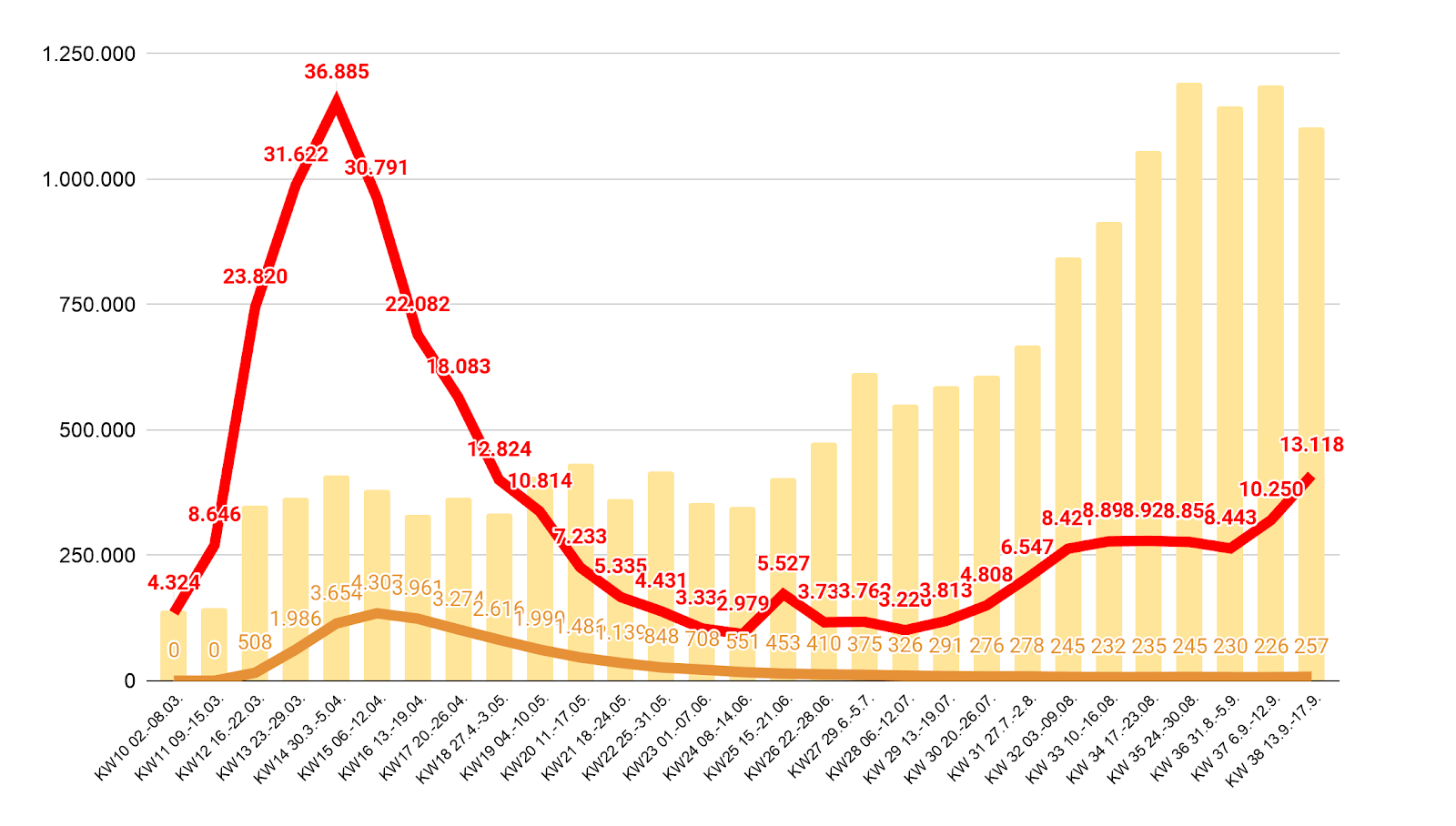 Covid deaths ceased months ago, i.e. the “crisis” is long past, but fake tests are used to create fake cases to engender fake fear to enable the cancellation of law and the establishment of dictatorships.

Progress Report on Solut and family

Following my last newsletter, a much larger group of people has begun to understand what we can achieve together. Unfortunately, it’s still less than one hundred out of more than 27,000 newsletter recipients.
That’s not even ONE PERCENT!

Whilst it’s true that change has always been wrought by small, dedicated groups, how long will you be content with just being a passenger in life? When will you stand up and say, “Now it’s my turn.”? Until you do, you will have no idea what it means to live. You will never achieve that feeling of aliveness when you act to rescue another member of your family of humanity.

At the moment, Solut could purchase half of the materials he needs to rebuild his house. Many of the other people in the village will help with the construction (just as we used to do in Europe until a couple of hundred years ago) but, until all of the material is there, no usable house can be completed. So, we’re half way there. What are YOU going to do about it?

Then there is the further project of replacing all old, defective wiring in other houses in the area as these are the most common cause of house fires.

The donation button is in the right hand column or send me an email for bank account details.

A brand new website has gone online today. It contains a lot of new information as well as giving a much clearer over view.

On this day, the first LIght Pillar of Life seminars will take place in English.

A few months ago, I ran some tests to see whether it is possible to give this seminar online. The tests were all successful and now, this Sunday we're going live.

To participate, you will need a computer with camera and microphone. If you don't have abuilt-in one, you can get a USB plug-in from your local electronic shop for not much money.

Further details and registration are here.