I have been trying for some time to get such a case into my hands so that I could find out why so many thousands of young girls have died, tens of thousands have been crippled but many more appear to be unaffected. An obvious point of contact are the self-help groups which proliferate on the internet but many of such have been created by and are controlled by the pharmaceutical cartel in order to prevent any such potential relief. In all Gardasil fora this appears to be the case and I have never received a response from any of them. So all that I could do was to pray and wait and today (sunday 19th August 2018) my prayer was answered.

Here must be added that, although Gardasil is known to produce such effects and the symptoms appeared immediately following the injection, not only did none of the medical personnel who had to deal with this girl make the connection, there was even a plan to have her committed to a psychiatric hospital for her “psychosomatic” illness.

One wonders just how many more such cases there are. Obviously, a great deal of work in public information as well as getting the information to health carers is essential and urgent.

How can a vaccine influence this?

This concerns a family with two daughters now aged 14 and 12. Eighteen months ago, they both received the Gardasil so-called vaccine. The younger child appears to be unaffected but the elder has had serious problems since she received Gardasil. The elder child has been, for the most part, unable to tolerate school, ceased to grow from the date of the injection so that her sister is now by far the larger of the two, finds it at times impossible to concentrate and is generally very weak.

There are a number of problems confronting this child all of which have contributed to her having much higher stress levels than her sister:
1. She has a severely displaced atlas vertebra which causes tension throughout her spine which is, then, carried over to her other organs.
2. She has quite a high level of mercury poisoning, mostly from vaccines.
3. She has a high level of cow dairy consumption which (combined with 2) has led to serious kidney under-function.
4. She is the first born which always carries a higher stress load.
5. For her life-plan she needs a body which is capable of fine sensitivity; this places an additional load upon her lymph system which, of course, finds its centre in the small intestine.

It appears to be not so much the “vaccine” itself which has caused the problem but the adjuvants and other immune suppressants. There is also a very specific poison added to Gardasil which appears to target girls who are or are potentially highly intuitive. Such girls would tend to become the priestesses needed in our new societies.

The effect of the injection has been to permanently increase her stress levels to such a point that digestion almost completely closes down - hence the failure to grow. The pituitary, pineal and hypothalamus glands go into “random mode” giving neuro-peptide floods unrelated to any external stimulus.

To those not familiar with the effects of chronic extreme stress, your body will produce particular hormones, especially cortisol (cortisone is the artificial version of this natural hormone). These hormones cause energy to be concentrated into the muscles for “fight or flee” by closing down most other systems, including digestion, immune system and hormonal control. Further, the calm balance needed for intellectual work (school) will be inhibited. If this becomes a permanent state then the cortisone will begin to “digest” the body so as to release ever more energy to the muscles.

The similarities to AIDS which, thanks to the work of Dr. Bergold at Columbia State, we have known for 30 years to be an expression of chronic extreme stress are very telling.

How much has AIDS research contributed to the development of Gardasil?

Whatever the toxin is which has been added to Gardasil to bring about this state, it appears to be combined with some heavy metal which the human body cannot eject without external help. Or, possibly, it is an alloy of several heavy metals designed to poison in the frequency range of the highly intuitive.

There are two more questions which can be considered at this point:-
A) Why does Gardasil kill rather than incapacitate a small proportion of its intended victims?
B) Why do so many appear to be unaffected?

It appears to be a question of what level of stress these girls are living under when the poison is injected. If the present stress level is high enough then the Gardasil injection may be sufficient to put the body into total system collapse.

Gardasil appears to be a “smart toxin” developed to incapacitate those who would naturally lead humanity into developing the potentials of the new Age of Community which replaced the just past Age of Materialism. The intention appears to be to turn these natural leaders into liabilities to drain the vitality of mankind. Her sister has a very different life path which does not require the high level of sensitivity.

Obviously, everything possible to reduce the present stress must be done. In this case, the atlas must be corrected. Click here for the list of all therapists who can do this. Cow 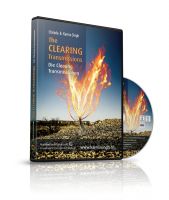 dairy has been eliminated from her diet as of today. I have given her a Clearing Transmissions DVD - click here for details - which will certainly eliminate the mercury poison and I have good reason to believe that it will also disintegrate the Gardasil where it lies. I have asked to be given progress reports and these have been promised. These will be passed on as they come to hand.

Now, this is one, single case. It is extremely risky to extrapolate from a single case into the general. I, therefore, ask those who may know such families to bring them into contact with me so that a general picture can be gained.