The most censored video ever
The Million man/woman demonstration

The most censored Video of all Time

Google have even had a special app made which deletes this video whilst you're uploading it!
The question is, of course, why?
When you've made an enormous effort to generate and maintain a fake pandemic. When you've used this to put millions of people into poverty. When you are using it to push people into actions extremely damaging to their health. When you plan to use the lung damage which you are causing with your face masks to declare a "second wave" (something unknown to medical science) intended to do further economic damage. When your real objective is to force everyone into abject poverty beholden to the bankers…….
The very last thing that you need is a group of doctors - not just any doctors but those who have successfully worked and are successfully working to save the lives of those who have problems with this mild form of 'flu which you are abusing to call your plandemic - doctors who have discovered that there is a simple, cheap and highly effective way of solving the problem that you've invented………..
The very last thing that you need is for this "miracle cure", which anyone can buy over the counter, to become public knowledge.
So, who wants to prevent our access to it and why, exactly, do they want this?
This plandemic has many objectives, one of which is to make billions of dollars profit for the pharmaceutical industry in general and Tony Fauci, Bill Gates and friends specifically. There comes along a well-known remedy which proves itself to be extremely effective, costs only a few cents per dose and on which the patent expired many years ago: This means that the customary six thousand per cent profit is simply not possible - anyone with suitable facilities can make these without let or hindrance. This remedy is so effective that no vaccination is needed.
Clear enough?
Further, the cartels need to destroy the middle class so that they no longer have any competition, can massively reduce quality to that which we would, last year, immediately reject, be the only employers so that you have no choice but to work for them at slave wages; an absolute monopoly owned by the bankers.
This Plandemie is their last, desperate attempt to impose their world dictatorship and it is falling rapidly apart. Their stooges, Google, Facebook, Twitter, CNN, BBC, ARD, ZDF, et.al. have to go to further and further extremes just to try to keep the lid on.
Their desperate censoring of this video has made it a world "best seller" because they can't control everyone and so many of us have picked it up and spread it abroad where they can't reach it.
Not only this, their attempts at censorship are moving more and more people every day to ignore the Main Stream Press which simply follows the orders of their owners - the pharmaceutical cartel - and to find the reality and truth exposed by the independent media.
Further, this action has resulted in resources being made available to terminate Google's, Facebook's and Twitter's monopolies. Some of these, such as gab.com already function and others are scheduled for the Autumn.
A poll conducted in the UK on Sunday 26 July on the credibility of and trust in the mainstream press concludes that only 7% (yes, just seven per cent!) believe that the mainstream press is telling the truth about Covid!
So, without further ado, here is the video that "they" don't want you to see and you need to see. 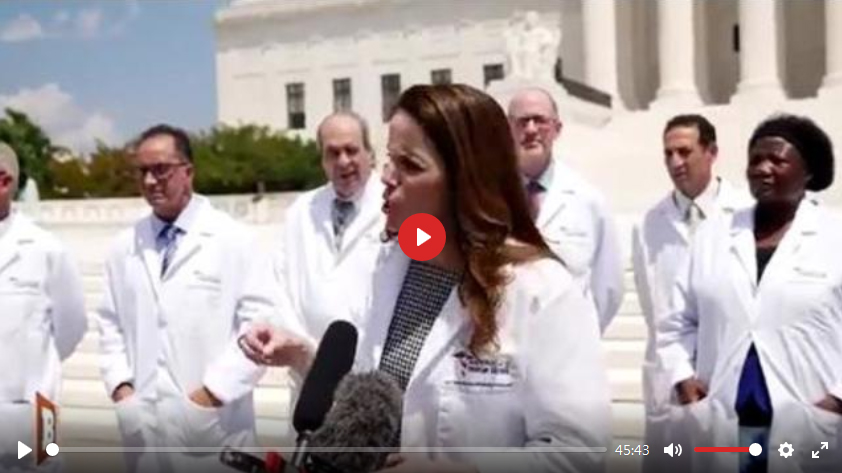 The pharmaceutical controlled press has, in most parts of the world, not mentioned this demonstration at all. The (mostly German) parts which hae given it a few line on page seven will have us believe that merely 17,000 people attended.

Those of us who watched the demonstration live (or later watched the recordings) may well have noticed that the gathering stretched from Brandenburger Tor right down to the Siegersäule - a distance of 2.9 Kilometers (1.8 miles). Additionally, many of the side streets were full to overflowing. You can't cover that enormous area with just 17,000 people.

During the demonstration, we heard police estimates varying from 800,000 to 1.3 million people. If you take the surface area of Straße des 17. Juni (40 metres x 2900 Meter - 131 feet x 1.8 miles), where the demonstration was held, and divide this into one meter (11 feet) squares, assume 3 people per square metre then you come out with 348,000. This plus the surrounding streets, the Tiergarten, Kanzleramt etc. and we see that 17,000 is ridiculous but also that 1,3 million seems unlikely.

We will probably never know how many were actually there: (The official figure is obviously untrue and no accurate count could be made by the organisers.)

This is, of course, of no matter; this wasn't the finale, it wasn't the beginning or even the overture: It was just the prelude after the orchestra has tuned up. There is a lot more coming and we will have back our human rights guaranteed by the Basic Law, EU Human Rights Law and the United Nations Convention on Human Rights.

We need, however, to go further than this:-

It is such an "accepted fact of life" that politicians always lie that it is no longer even used by comedy writers. This "right to lie" to the public has been taken up by many bureaucrats, senior officials and the main stream press.

In "Conversations with God" we read, in volume one, that God describes this world as one ruled by lies and liars.

You don't have to look very far to find proof of this.

Why do we accept this? Why do we not demand the honour and integrity presently shown almost exclusively by the AfD, Brexit Party and Donald Trump, personally, from all politicians?

There are laws specifically created to protect us from such abuse; why do we not use them?

It is, by now, perfectly obvious that we have been deliberately and consistently lied to about Covid by Merkel & Co. and many, many other "purchased" governments. Why is there no urgent application to the courts to immediately remove them and others from office? Why is there no petition to call a new general election and to ban Merkel, etc and all of their cohorts from taking part?

Is your death wish really so strong that you just lay down and wait from the stream roller to ride over you?

It may well be that one of the most effective tools in our arsenal is civil disobedience (as used by Ghandi to win a continent).

Yesterday, almost none of the demonstrators wore a mask and none separated themselves from others. A police spokesman just said "we can't issue 250,000 penalty tickets." This is precisely the point: When very large numbers of people ignore an illegal law then that law will fall. Senior lawyers have confirmed that there is no valid law (in Germany at least) to compel face masks and have had test cases dismissed by judges on this basis - I hope to receive an example letter to publish with which these lawyers have achieved dismissal.

I noted that around 17.00 Uhr (5 p.m.), one policeman collapsed and it was several minutes after his face mask was removed that he was able to stand and (still unmasked) be helped away by his colleagues.

This is what Merkel and her employers at the banking cartel plan for all of us.

This makes civil disobedience in this regards even more important.

I noted also that, although all police wore masks (presumably following orders) none made even a token attempt at "social distancing", probably because most of them already know that it is silly, damaging and has no useful effect whatsoever.

Don't ever forget: Almost ALL of the police are with us and the majority yesterday disobeyed orders in many regards so as to facilitate the peaceful demonstration planned.

Don't let Ferkel, the (Liberal) Democrats, the Labour Party and the bankers "divide and conquer" by setting us against each other.