This Newsletter has seven Topics:

The sixth video in the Messiah series is now online for you here:

Those who have been assiduously practicing will have, by now, opened their Heart Eye through which you can see clearly what the reality of our present situation is.

If you haven't yet started, the series begins here:-

For those who have been practicing, clicking on the picture below will take you directly to lesson six. 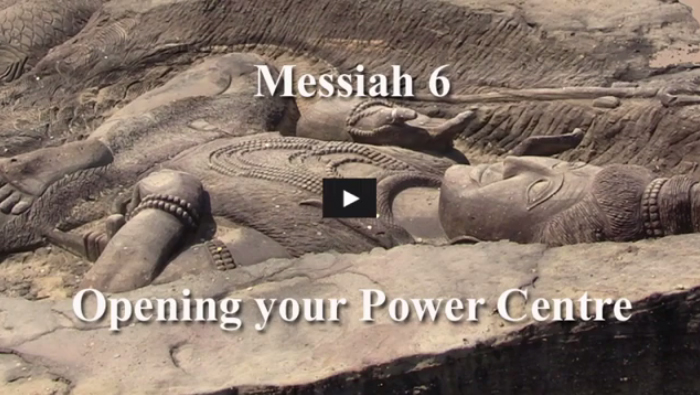 On Saturday 1st August the largest demonstration ever to take place in Berlin gathers participants from all over to demand the return to the Rule of Law and the ending of the completely unjustified "medical dictatorship".

Details here   (not available in English)

It is likely that Merkel's paid ANTIFA thugs, with the wholehearted support of the Greens for whom they also work, will be used to disrupt the demonstrations.

Those who have become skilled in the use of lesson 2 in the Messiah series are requested to use their new abilities to neutralise all such attacks.

Those who have completed the New Moon Seminar training are requested to use their heart abilities to repel the attacking energies.

The first reports about the improvements to Actio and Brutus are now in.

It seems that this change to the production process not only makes them "cleaner" but also even more effective in gathering toxins stored throughout the body and ejecting them from your body.

The advantages in health and well-being are both enormous and obvious, i.e. within a few weeks very visible.

The warehouse is now well stocked and more product is on the way - no more interruptions in delivery are anticipated.

You can now safely order, here.     (order options in the right column)

Both Actio and Brutus can be easily delivered throughout Europe.

Elsewhere can be problematic and not only because of the "covid" restrictions on sending packages by mail. Some countries, especially the USA do not recognise European food safety certificates and insist upon their own, extremely expensive, re-testing.

The Silver Lining  (around the dark cloud)

One of the greatest problems which pharmaceutical medicine has had to face over the last three decades is the growing public awareness of Epigenetics and Quantum Biophysics. These are much less complicated than might appear from their names. In fact, they are very much simpler and easier to follow than conventional medicine because they are reality based whereas conventional medicine is not.

If these, instead of the false hypotheses promoted by the pharmaceutical industry, were to become general knowledge then the wealthiest industry on Earth could collapse almost literally overnight.

One of the objectives of the Covid plandemic is to create, in the minds of mankind, a great emergency to detract attention away from truth and reality.

Although this plan is, to an extent, presently enjoying a large degree of success, it is already failing as we see that it has also engendered a massive backlash which has spurred many on to look into the new health paradigm much earlier than they might otherwise have done.

As things have developed, it is a very reasonable statement to claim that the Covid Plandemic has brought about the collapse of the Virus hypothesis and, further, indicates that the whole theory of infectious disease may well have no connection with reality.

As we have already seen in previous newsletters, Pasteur and Koch both knew absolutely that their postulate of infectious disease was untrue before they published it. Rather than integrity and the scientific method, they chose personal aggrandisement and wealth above the public good. Thus was the basis upon which modern medicine is founded laid. The honour and integrity of its owners have not improved but rather deteriorated since then.

Not for the first time; not even for the tenth time we are being told that a "new" "super deadly" virus has come from China and is "going to kill millions". You, just like I, have probably noticed that these (Chinese 'Flu, SARS, MERS, Avian 'Flu, Swine 'Flu, etc., etc., ad nauseum) have never actually happened. This present Covid-19 is no exception.

What is different this time is that not merely the pharmaceutical companies have been pushing the propaganda in the hope of selling billions of dollars' worth of totally useless vaccines but that the politicians who follow orders given to them by the bankers (the Bilderberg appointees) have also joined in the action.

For a while, uncertainty, due to lack of knowledge, ruled the roost.

Almost daily, however, new facts are coming to light which show that it is not only extremely unlikely that the claimed "virus" actually exists but also raise ever greater questions over the validity of Pasteur's and Koch's hypothesis of infectious disease.

Present evidence indicates most strongly that the hypothesis is invalid.

The present world state of affairs is millions and millions of people testing "positive" but nobody gets ill, apart from those few thousands who were already seriously ill. This fact alone hammers a very large nail into the coffin of the "infectious disease" hypothesis - if the "virus" doesn't cause any illness, and it seems pretty clear that it does not, then what are these particles which have been accused of being "viruses"? The answer may very well lie in the exosome hypothesis explained in this previous newsletter.

So, where does this bring us?

If there are no infectious diseases, no attacking bacteria, no attacking viruses, no-one can "pass it on", no-one can "contract it" then why does it appear that people get ill in groups? This is explained both in the exosome hypothesis and, in much more detail, in my book "Tyrannosaurus Pharmaceuticus R.I.P."

What started as an the attempt to create a "medical dictatorship" appears, in the end, to bring about the total collapse of the (still unproven) "infectious disease" postulate upon which it is based.

The new dawn has begun.

Are any of my readers doll or Teddy bear makers or do you know anyone who is?

If so, please contact me soonest via this email address as I have a little contract for you.

Some will remember that I have often spoken and written of a guest house in Glastonbury in which one of the entrances to Avalon is to be found.

I have been a regular guest there since 1997 and it continues to be one of my favourite places to stay.

This house is now for sale as the present owners, now in their mid-seventies, want to retire.
It is on a very quiet side road with easy access both to the town centre and to the Glastonbury festival site.

At present, the house has five guest rooms plus a self-contained flat. There are four additional rooms, presently occupied by the owners. There are also a lounge, dining room, kitchen and office area.

Most of the rooms are themed with specific crystals. The gardens are laid out in accord with ancient spiritual knowledge.

There is on-site private parking for 7 cars (ten with a bit of shuffling).

Two of the parking spots have charging points for electrical cars.

Please contact the owners, Cheryl and Michael via this email address.

One of the possibilities which our new Age of Community has opened up is the "group purchase" by which, for example, 500 people each contribute £1370.00 and secure for themselves a life-time 10% discount when staying at the house.

Please don't expect either me or the present owners to organise this; I don't have the time and, as said, Cheryl and Michael just want to retire.

The experiment of shipping books & DVDs by Royal Mail from England the week before last appears to have been successful.

This means that we can continue to use this, i.e. gather orders here in our international dispatch centre, send them postage pre-paid in bulk to one of our UK offices where they can then be popped into the nearest post box.

This means that everything here can now be safely delivered world-wide.