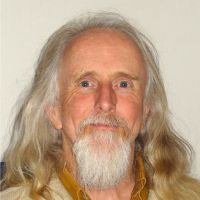 The Newsletter archive for 2013 is here

Deleting the worry habit  9th May 14

The Whitsuntide Newsletter with interesting and curious things   9th June 14

Breaking News of massive fraud at the CDC   26th August 2014

The Invasion of the Kingdom of Germany    23rd December 2014

our first theme for the New Zear is
something which has existential meaning
for vast numbers of people - removing
debt - in ALL FORMS - from your life.

This same transmission should be most
effective in resolving another common
problem which has the same basic cause:

Everything is ready for you (no charge, as usual) here:-
http://www.karmasingh.tv/web/en/healing-transmissions.html#Debt_dissolve

As usual, please forward this to all friends and family

Help us spread the word.

Recommend this website to your friends, colleagues and everyone who needs this crucial information!

You can register for Karma Singh's newsletter here