Lesson 11 of The Journey now released

The Journey to Yourself

For a couple of weeks I have had to put this project on hold whilst other matters demanded my attention.

Lesson 11 has just been switched live and you can access it here: 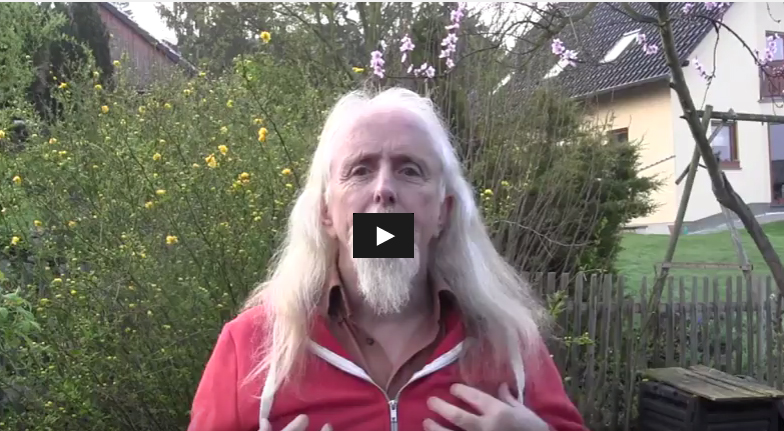 You will need at least two weeks' practice with this. Lesson 12 will, therefore, be released at the end of May

For those who have not been following recent history and so may not, at first, know how world-shaking (literally!) this is, I write a brief review here below.

The subject matter is vaccines and vaccination.

Vaccination is one of the great success stories of pharmaceutical medicine (also called conventional or allopathic medicine).

The marketing strategy of the pharmaceutical manufacturers had brought about the state in which around 90% of people in the First World are vaccinated (sometimes called inoculated).

Suddenly, about three years ago, there came a massive shift in the marketing strategy. No longer would it suffice to persuade with statistics and other means that vaccination is a great boon to health care. No longer would 90% success be adequate! No longer would the word of the “gods in white coats” suffice. Vaccination must be made compulsory and that for all vaccines.

In state after state in the USA, attempts were made to impose compulsory vaccination. To date, they have not succeeded - except in California; here they used different tactics: First, a majority of the Californian Congress were “purchased”. Then a pseudo-opposition was created which succeeded in decoying many activists. With these and other tricks, they succeeded last year (2016) in purchasing a new law to make vaccination compulsory. This is now being challenged in the courts.

But why? Why is the 95% success rate in California (somewhat above the general average) apparently so unsatisfactory that enormous expense and effort to get the last 5% are held to be necessary? Why must the free choice guaranteed not only under the US Constitution but also under articles 1, 2, 3, 12, 18, 19, 28 and 30 of the United Nations Charter on Human Rights, in this case, be set aside? What does the mainstream press which, “purely coincidentally”, is owned by the same people who own the pharmaceutical cartel, say about this?
Does this seem familiar to you? “Unvaccinated children are a health risk to vaccinated ones and must, therefore, for general public safety, be compulsorily vaccinated (otherwise they must be excluded from kindergarten, schools, etc.)”

Just wait a moment! If unvaccinated children represent a health risk for vaccinated ones, is this not a declaration that vaccination gives no protection and is, in fact, completely useless and senseless? This is exactly what the American Academy of Pediatrics has just declared!
This organisation is a front for the pharmaceutical cartel and financed by them to the tune of millions of Dollars. Their task is to praise and promote everything that the pharmaceutical cartel manufactures for children and to suppress all negative information.

For more than 40 years, every new product of the pharmaceutical cartel has been praised as “the salvation of mankind” and applied without question. The result of this is that, after the banking cartel, the pharmaceutical cartel is the by far the wealthiest conglomerate on Earth. And then the whole operation became more and more questionable. Not merely private researchers but also highly skilled scientists have dug deeper and deeper into the matter and posed many questions. The answers which they have so far discovered awaken a great mistrust.

Q: Where are the studies which show that vaccination is effective?
A: Such studies have never taken place.
A: It would be “unethical” to carry out such studies because, in order to do so, groups of people would have to be denied the benefits of vaccination. (sic)
Q: Where is the laboratory proof that vaccination does something useful?
A: There isn’t any.
Q:  What about all the statistics which show that vaccination spreads illness?
A: No comment.
Q: Upon what scientifically proven principle does your vaccination theory rest?
A: Everybody knows that it’s true.
Q: Vaccines contain substances which have the purpose to attack, to weaken and to suppress natural immunity to disease. In what way does this improve human health?
A: They must be added; otherwise the natural immunity would immediately destroy the vaccine. (i.e. the natural system would function naturally and would naturally destroy the pathogen that is injected as the vaccine. The pharmaceutical cartel cannot earn one penny from natural immunity to disease and it must, therefore, be knocked out.)
Q: What about the tens of thousands of vaccine damaged children?
A: They don’t exist!

These and many other questions to which exclusively evasive answers or none at all are given have become generally known. Awakened people have then begun to build a wave of resistance to vaccination. This wave grows day by day.

Did the pharmaceutical cartel possess hard proof for the effectiveness of vaccination, then they could resolve this problem quickly by producing it. They refuse, however, to do so and one must of course ask why? Why, instead taking the wind out of the resistance sails with scientific proofs, does the pharmaceutical cartel spend hundreds of millions to forbid questioning and to make vaccination compulsory by law? What other answer could there be than “scientific proof does not exist”? And this is exactly what the American Academy of Pediatrics has admitted.

Following their press release a few months ago in which they claimed that the investigation of the vaccine industry proposed by President Trump would be a waste of public funds because everything was already scientifically nailed down, the Academy was put under pressure to produce this “incontrovertible scientific evidence”. After months of avoidance tactics, there came, last week, their final answer:

“No scientific proof of the safety and effectiveness of vaccination is necessary. The widespread belief that it is so is all that is needed.”

This brings me perforce to “the placebo effect”.
For decades the pharmaceutical cartel has spent untold millions to convince us that the placebo effect means “false result” or “pseudo (imaginary) -healing”, i.e. unreal health improvements. Further funds are daily invested to hold us in this belief.

It is useful to look at where and how the placebo effect appears.
When a new medicine is to be tested, this will usually be done as a “double blind” test. To do this, three groups of people who either have a particular ailment or are deemed to be susceptible to it are selected. The first group is given the medication being tested. The second group is given a sugar pill or salt injection and told that they are getting the medicine. The third, the control group is given nothing at all.

If at least 15% of the first group shows an improvement in their condition and none in the third group then the new medicine will probably be given a permit.

What very often happens, however, is that the second group shows an improvement similar to or better than the first!

This is the placebo effect and demonstrates, with no possibility of doubt, that the highest probability is that it is the belief and not the medicine which has brought about the improvement. Now do you understand why the pharmaceutical cartel invests so much to obfuscate this?

At last, one of the many cartel mouthpieces has admitted that: “You don’t need any vaccines, your belief is totally sufficient!” This is not only confirmed by the results of much research in Epigenetics and Quantum Biophysics but also that which all healers, spiritual teachers and masters have said throughout.
“Your faith has made you whole.”

People who have learned to order and to direct their thoughts constructively never go to a doctor because they have no need of his/her services.

This is especially relevant here and now as the pharma industry is presently attempting a Europe-wide legislation “purchase” to make vaccination compulsory. Little comes into the public domain, the main stream press having been told to say nothing, and everything is conducted behind closed doors.

On Monday 8th May 2017, a second scientific bomb exploded in the pharma cartel:

“Almost all “medical science” is distorted, falsified and lies”.
More on this soon.