Merkel changes the Rules once again

Legally, however, an epidemic can be called only when infection has reached a minimum of one per cent. This is little more than one thirtieth of the necessary numbers. A pandemic requires 5% in several countries simultaneously.

Therefore, neither an epidemic nor a pandemic exist and the highly restrictive measures imposed upon the German (and other) peoples are illegal and are to be immediately repudiated.

Then we must look at how “infection” is being defined.
Is this the number of people actually ill, as required by the law? No, most, if not all of these “afflicted” people are completely healthy and remain so. How, then, is “infection” being determined?

A tool with no diagnostic capabilities is being used to suggest the presence of a micro-protein which has been very widespread across the world since at least November 2013 (when it was first discovered) and which has neither affinity for human tissues nor any known pathological effect upon humans.

The Polymerase Chain Reaction is a tool invented by Dr. Kerry Mullis (for which he received a Nobel Prize) which takes traces of genetic material and keeps multiplying it until there is sufficient quantity to study it. There is, however, a limit: More than 35 times multiplication will introduce so many impurities that the result is useless. Working upon instruction from the pharmaceutical controlled WHO, governments have ruled that 40 to 45 multiplications should be carried out. This explains why almost exclusively “false positives” are registered (at least 97% and some have suggested that it could be as high as 99.3%). Both Dr. Mullis and ALL manufacturers of the PCR kits have stated categorically that it has no diagnostic use whatsoever and should never be used for such purposes.

On the day of inauguration of the pseudo-president Biden in America, the WHO suddenly reduced the number of cycles for the PCR kits from 40-45 down to 30. This, of course, has the immediate effect of reducing the numbers of false positives (but not eliminating them – all “positives” are false as we shall see below). This is why we are, apparently, seeing a reduction in “infections”: We are actually seeing a reduction in false positives, NOT in infections.

Infection, if it exists at all, has probably been at zero for a considerable time.

We  must, then, look at the purported objective of the use of the PCR kits: We are told that it is to detect the presence of a micro-protein which has been, for purely propaganda purposes, labelled Sars-Cov-2 by the self-same people who failed to engender a pandemic with SARS-1 in 2002-4, i.e. “Professor” Drosten in Berlin and friends. Drosten, incidentally, is the man who, upon the basis of precisely zero evidence and without ever visiting the site, declared that SARS-1 was a virus mutation from bats living in a cave near Wuhan. Without leaving Berlin, he made the self-same pronouncement about Sars-Cov-2, as you will doubtless remember. It is also he who determined that PCR kits should be falsely used.

Seeking to repeat his “success” with SARS-1, “Prof.” Drosten has, on the basis of precisely zero evidence, declared that the Sars-Cov-2 micro-protein is a fragment of the Covid-19 “virus” and, therefore, “proves” the existence and presence of the virus. This is like finding a cartwheel in a meadow and declaring this proves that the cows there have eaten a truck.

Yes! It IS total nonsense!

There is not and cannot be any evidence linking the micro-protein to the presumed virus until the virus itself has been found. This has NOT YET taken place!

Freedom of Information applications in more than 40 countries around the world have brought the official answer, “We do not have and do not know of any private or government laboratory or other institute which does have a specimen of the Covid-19 virus.”

So far as science has been able to determine, the Covid-19 virus

The highly restrictive measures imposed upon the German (and other) peoples, being based upon deliberate falsehoods are illegal and to be immediately repudiated.

Does Covid-19 actually exist?
We can easily find out by using information published by government agencies around the world.
This putative disease has specific symptoms as does any other disease. It is the symptoms which distinguish it from any other malady. Each disease runs a specific course, has a known prognosis and a known morbidity.
Some of the alleged symptoms of Covid-19 have been translated into Latin (a common obfuscation used by the medico-pharmaceutical sickness industry) but there are many translator programmes to be found online which will convert these back into English for you.

• When we look at the purported symptoms of Covid-19 and compare these with the symptoms of the ‘flu, we see that they are identical and indistinguishable.

• When we look at the course of Covid-19 we see that it is identical to and indistinguishable from that of the ‘flu.

• The prognosis (likelihood of regaining normal health) of Covid-19 and the ‘flu are identical and indistinguishable.

• The morbidity (the likelihood of dying) of Covid-19 is identical to and indistinguishable from that of the ‘flu and affects precisely the same groups of people.

• Therapies which prevent the ‘flu or alleviate its severity are equally effective when used on Covid-19.

• There has been no significant change in morbidity statistics during 2020; the death rate in almost all countries being at or slightly below the average for this century. The only visible change is that “Flu deaths” have almost completely disappeared and been replaced with Covid-19 deaths.

DEDUCTION:
Covid-19 does NOT exist: To support a plethora of criminal activities, the ‘flu has simply been renamed “Covid-19”.

The re-naming of a minor malady endemic for millennia provides no legal basis for a medical dictatorship which is to be, therefore, immediately repudiated and the Rule of Law reinstated.


Criminal charges have already been laid against “professor” Drosten and others. Charges of treason against Merkel and her “Gauleiter” are, obviously, necessary to rid our world of this centre of evil. Such may well also be true in several other countries. 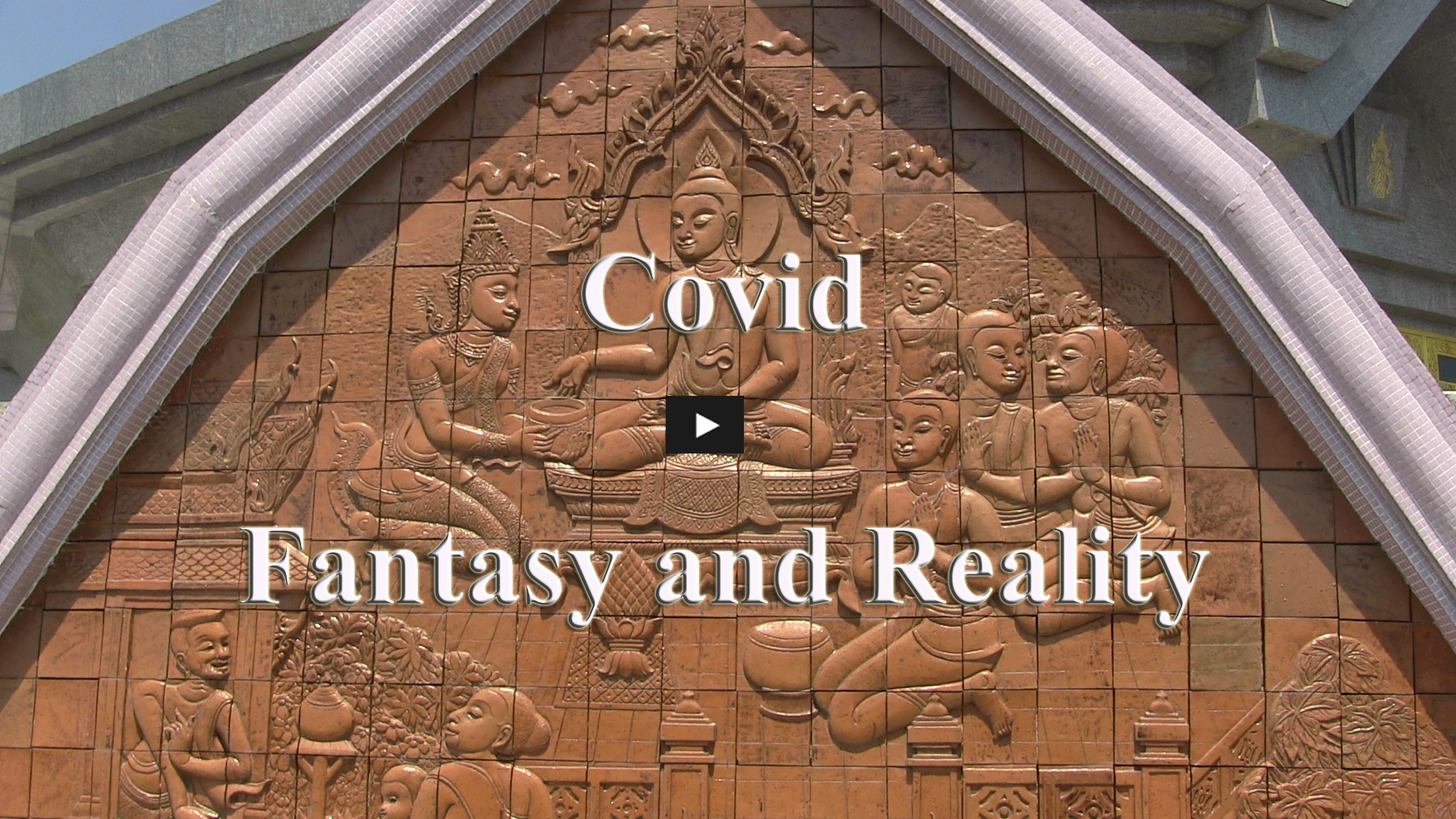 You can download this article as a .pdf to forward to friends and acquaintances or to print it out and hand it over personally.

It is also available in the German language here   72 kb

Preview of the next newsletter:-
1) Covid “vaccine” now the number one cause of death in the First World
2) I need your help.