Which will go first

I am now sufficiently recovered from the chemical burns in my lungs that the first of the Light Pillar of Life Seminars can take place.
On Sunday 9th May it begins online.
Visit the registration page to see your local times.

At the moment, there are not sufficient registrations to permit the seminar to take place! So, don't delay further; full details of the Seminar and what it will help you achieve are here.

You can go directly to the registration form here
top

Which will run out first?

That which used to be Angela Merkel has made it abundantly plain that "she" intends, in the new absolute dictator status, to apply massive further restrictions upon life in Germany. This despite the fact that even the pseudo sickness figures (based largely upon the detection of normal human DNA) are not even one hundredth of the numbers required to permit an epidemic to be called and are thousands of times below the pandemic threshhold.
Additionally, despite more and more countries having discarded all "Covid" restrictions and discovering thereby that general health improves dramatically, the Merkel plans to massively increase them. The science says that it is the wrong way to go but they forget that the Merkel's objective is not the preservation of health but the destruction thereof!

Inevitably (and intentionally) this will cause growing problems with deliveries of a wide variety of things that we take, more or less, for granted.

It is, of course, inevitable that some will say that I'm just scaremongering to make a profit. These I would invite to look closely at what has been done over the past 14 months and the shortages which are already apparent. This is just the tip of the iceberg.
I have to know what "their" objectives are in order to work out methods and strategies to thwart them. An essential aspect of this is to increase the numbers of people who actually know what is going on and why. This is why I have written so many books and handbooks. Censorship has already significantly reduced awareness of their existence and it is very likely that attempts will be made to ban them and all similar books completely. The more widespread they are in the community at large, the more difficult it will be to suppress the knowledge in them.

Paper! Is, mostly, not manufactured in W.Europe but is imported. Not only toilet paper but all sorts of things made from paper could be in short supply. This could mean that, once my present stocks of books are sold, it could be quite difficult to get more printed. Those which

"every household should have" may also end up on the list of books (illegally but effectively) banned.
I would say that essential reading for everyone are Tyrannosaurus Pharmaceuticus R.I.P. which blows the lid off the pharmaceutical and vaccine fraud and

Cancer? So what? which shows you exactly how and why cancers are created and how to avoid them.
Neither of these are available on Amazon!
If you still haven't got your personal copies of these books, do so now whilst it is still easily possible and get a few more copies to hand out to friends.

My DVDs are made from plastics which are a side product of oil refining. As travel is to be massively restricted, the demand for petrol and diesel fuels will drop dramatically leading to a great slow down in refining. The special plastics needed to produce DVDs could, then, well be in short supply. Don't forget that the inlays and handbooks which come with each DVD are made from paper!

The Clearing Transmissions which are one of the likely antidotes to the pseudo vaccines, which have already killed and injured hundreds of thousands, are presently freely available as we have just taken delivery of a thousand DVDs in PAL format (which applies to the whole of Europe, except France). If these thousand go quickly, I may well be able to get more made but the later I order, the more difficult it is likely to become, quite apart from the possibility of their being banned by the Merkel.
NTSC format (N. America etc.) are also, at present, available.

Actio and Brutus: The most sophisticated detoxification and regeneration compounds ever created are manufactured in Cyprus. Three times in 2020, stocks in Germany ran out due to transport restrictions into Germany and movement restrictions in Cyprus. This is scheduled to get worse.
At present there are 895 packs of Actio and 267 packs of Brutus in the European warehouse. I do not know whether it will be possible to get any more this year. Unopened, they will keep for at least 2 years and, if stored cool and dry, even opened they will keep for some months.
(Not available in the USA)

The Harmony Technology: Despite the 1st April joke (which some did not appreciate) the special thermo-polymers needed to make them could become problematical and, at the moment, we are doing our best to secure supplies. At present, stocks are adequate and production problems are not anticipated in the near future.


It must, of course, be borne in mind that there is nothing natural, inevitable or unavoidable about the shortages which will occur. They are a part of deliberate policy of the Merkel and the bankers who think that they control "her". There are even plans to artificially create food shortages (a thing in which the bankers have had much practice). Their hope is to create food riots which will, inevitably, result in many deaths.
A propaganda case in point here is a "report" promoted by Google News on the 22nd April issued by "Courthouse News Service" claiming that global warming has caused a significant reduction in farm production. Their claims are based totally upon computer models (as is the so called "Climate Change"). The problem is that the Food and Agriculture Organisation of the United Nations also produces regular reports on real agricultural production and reserves. These all show very significant real INCREASES both in volumes produced and stored reserves.
https://principia-scientific.com/media-claims-global-crops-shrinking-as-harvests-set-records/
So, as with "Global Warming" and the "Covid-19 pandemic" you have a choice: You can believe a computer simulation or you can believe reality. The two are totally incompatible. I would recommend considering which of the two actually has the greater impact upon your life and deciding to use that as the basis for your actions.

The final objective is to cause so many deaths that the resulting disruption will bring about the total collapse of society and permit the re-introduction of a feudal system with the bankers at the top. At the moment, it appears that the principle tool that they will use will be the pseudo "vaccines" which many experts predict will cause tens of millions of deaths. Other methods of genocide seem more likely to be used "merely" to mask the "executions" by injection. Do bear in mind that, as soon as sufficient numbers of people are killed or incapacitated, electrical supplies will fail along with everything that relies upon it such as pumping fuel at fuel stations, pumping water into your home, industrial production, deliveries of everything, including foodstuffs! Your mobile (cell) 'phone will not work and neither will your computer. No radio, no television. What are you going to do?
Our way of life is very fragile and the concerted attacks upon reliable supplies of electricity over the last decade are making failure more and more certain. Be aware of this and prepare.

In view of the horrific news about the pseudo-vaccines which has reached us this week, it is imperative to both stop the slaughter, i.e. stop the pseudo-vaccinations and to find and / or create antidotes. A top contender for the latter are the Clearing Transmissions which, it appears likely, will disintegrate the injected toxins and dissipate them as warmth. Much more, however, needs to be done.

It is essential to stop this at source, i.e. those managing and pushing the genocidal injections must be brought to their knees (at least). The most potent way of doing this that I know of at this time is in this video:- 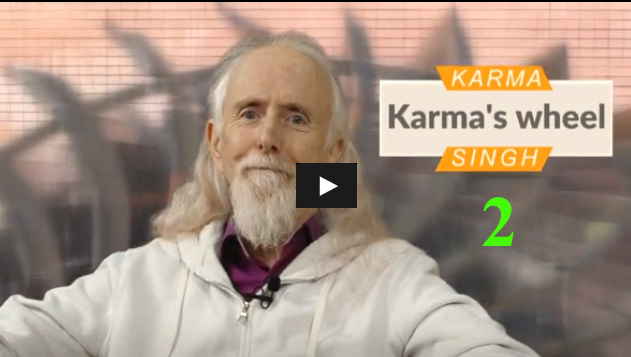