You have 2 days to save your life!

You have two days to save your life!

The British government has put a consultation paper online regarding actions leading to compulsory vaccination (against a disease which does not exist!).

You have until Friday evening, one minute before midnight to lodge your objections.

There are five question on the survey form and some suggestion as to how you might wish to answer them. One suggestion is on this website:-
https://www.anhinternational.org/news/uk-law-changes-for-covid-19-mass-vaccination/

The other is from me which you can copy and paste but please change the wording somewhat as, if many people submit exactly the same answers, they will be deleted as bot entries!

My suggested answers are below but first, I have today received a link to a document issued by the UK government which purports to show the scientific evidence justifying their actions related to the pseudo-pandemic. It is a long, meandering document which actually consists almost exclusively of hot air.

The first “proof” which they present is a list of conversations both formal and informal between bureaucrats administering the lockdowns etc., i.e. absolutely ZERO proof of anything.

The second “proof” is merely a list of people who may or may not have taken part in advising the government. In this list is the chronic liar and incompetent, “professor” Neil Ferguson who has a long history of scientific incompetence and dishonest dealing. Although he was forced to resign some months ago, he is still listed as a government advisor. This indicates most clearly what the quality of that advice is. His strong, personal links to Bill Gates and his plan for massive population reduction by vaccine poisoning make this “advisory panel” doubly dubious. What, precisely, they have recommended and why is simply not mentioned.

Their final “proof” is the existence of a general advisory panel on influenza, i.e. nothing whatsoever to do with Covid and its use to “justify” the illegal actions of government bureaucrats.

Of the “proofs” promised in the introductory article on this webpage, no trace is to be found, i.e., they’re lying and expect that you won’t read the links and find out that there’s nothing there so I’ve done this small service for you.
Here’s the webpage where it all starts:-


Question 1
Even if vaccination functioned (and all available evidence shows that it does NOT) the irreplaceable precondition to manufacturing such is the identification and isolation of the "virus". Neither has, as yet, taken place!

Authorising the use of a "medicine" of unknown properties and effects is an abrogation of public trust and may well be a criminal act defined by the Nürnberg War Crimes tribunal and incorporated in to English and Scottish law in 1976. Article 7 of the United Nations International Covenant on Civil and Political Rights which forms a part of the International Bill of Human Rights is the ratified legislation.
Article 7 specifically forbids medical procedures without informed consent.

Here it is clear that the intent is to "circumvent" this law by deliberately mis-informing the public about the presence of a dangerous disease and the safety of the recommended remedy.
That the symptoms of the "disease" are identical to and indistinguishable from those of the common cold and the so-called "vaccine" shows 60% "adverse reaction" clearly shows the intent to deliberately mis-inform in a manner and for a purpose proscribed in the legislation.


Question 2
On 19th March 2020 the NHS advisory panel downgraded Covid-19 to "harmless".
On 15th May the Chief Medical Officer confirmed this status and reiterated that it is harmless to everyone under 75 years of age who is not already seriously ill.

Anyone supporting this measure whether as employee of the NHS, Member of Parliament or in any other capacity renders themselves personally liable for all damages under the point (1) above.

Question 3
As not even most health professionals know what is in the "vaccine", recruiting amateurs to "administer" it may well also be a criminal act as in point one above.

Question 4
Medical and pharmaceutical advertising is not allowed in the UK.
There are no grounds present which would justify any change to this.

Question 5
Dealing in what has, to date, shown itself to be a very dangerous substance causing mass-harm to ill-informed citizens is a criminal act.

Links to the the reports mentioned in answer 2 are here:-
https://www.gov.uk/guidance/high-consequence-infectious-diseases-hcid
and here:-
https://off-guardian.org/2020/05/15/watch-uk-chief-medic-confirms-again-covid19-harmless-to-vast-majority/

News from “Across the Pond”

The wind has definitely changed and major court victories are being won.

Pittsburgh, Pennsylvania: A District Court (rough equivalent; High Court in England, Landgericht in Germany) judge has ruled that the arbitrary, dictatorial measures imposed by Governor Wolf under the excuse of Covid-19 are unconstitutional and, with immediate effect, dissolved.

The ruling was made purely upon the constitutionality of the measures imposed by Wolf. The veracity of the justifications claimed by Wolf were not examined.
“…even in an emergency, the authority of the government is not unfettered. The liberties protected by the Constitution are not fair-weather freedoms — in place when times are good but able to be cast aside in times of trouble…”  Judge William Stickman IV, presiding


Meanwhile in Ohio, a lawyer by the name of Thomas Renz has lodged a complaint on behalf of clients against State Governor Mike DeWine and the State of Ohio.

The basis of the claim is very similar to the victory won in Pennsylvania with one crucial difference: The judge is not merely being asked to decide on the constitutionality of DeWine’s edicts but also upon their veracity, e.g.:-

1. Is there a discrete disease called “Covid-19”?
2. If it can be shown to exist, how dangerous has the experience in dealing with it shown it to be?
3. Has the “virus” which defendants claim causes this disease been definitely identified, found and isolated?
4. If the “virus” still hasn’t been found, what, exactly, are the so-called “Covid-19 Tests” testing for? What does a “positive” test actually mean?
5. Taking, as examples, Sweden and South Dakota neither of which has imposed any of the restrictions called “necessary” by Governor DeWine yet has suffered no discernible harm or disadvantage can the dictatorial edicts of DeWine be considered in any way reasonable or justified.

There is, of course, a great deal more and both the case and submissions can be read on the Renz website here:-
https://renz-law.com/covid-19-litigation/

The most important aspect is probably what is known in America as “disclosure”. This is some pre-trial process which allows the claimants’ and defendants’ lawyers to interrogate the expert witness of the other side. This, obviously, includes Fauci et.al. which means that, for the first time, the bureaucrats who have been pushing this fraud will have to prove the assertions upon which this hoohoorah is based.

(Sent to me by a Dutch correspondent living in Canada)

Rocco Galati, the lawyer, who sued the government and Health Canada and CBC for their unconstitutional actions of lockdown, social distancing, closing 'not necessary business' and mandating masks on non-scientific and non-medical grounds has a new project. He is going to put instructions and letters on his website this coming week, which citizens can download and use (for a small fee) to sue shops, businesses, even schools and the Human Rights Commission and start litigations at the court for small claims, claiming the maximum of about $36,000.

While the procedure will cost the civilian only $150.00 in total, the shops and businesses will have to pay thousands of dollars because they will have to pay lawyers for each individual case running in the court of small claims.

This is a great way to legally STAND UP in your daily life and heal your contacts on the streets, bus stops, shops, schools etc etc.

This tactic is aiming at increasing the amount of people doing this, so the city council will get a lot of complaints from shops and schools and will drop the mask mandate and other unconstitutional 'by-laws'.
www.constitutionalrightscentre.ca

2. Pre-order the printed book for despatch by air mail at the end of April (NO Download) 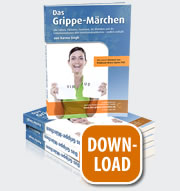