Our world has been ruled by the denizens of this domain for many generations but, suddenly, those who have been ruled have begun to awaken and to question for whose benefit the rules which control their lives exist.

For years I and colleagues have been digging ever deeper into health care; not only because, as a healer, this is my professional responsibility but also because the deeper one looks into it the more questionable the status quo becomes. Many will be aware that it is claimed that our “health care services” are nothing of the sort but a carefully contrived “Sickness Industry” having the sole purpose of maintaining disease so as to provide constantly repeating customers for the pharmaceutical manufacturers.

I regret to have to inform you that this accusation is very probably true.

From their first “medical experiments” in the 1920’s leading to their construction and use of Auschwitz to their financing and promoting Adolf Hitler and his successor Helmuth Kohl into power, the pharmaceutical manufacturers have gained a dominant position in the politics of the entire First World. Since they joined forces with the banking cartel even the SPD (the German socialist party, until three weeks ago, the main opposition party in the German parliament) has kow towed to their demands.

What will happen when Germany has an AfD government sworn to eliminate pharmaceutical power is something which I hope to see very soon.

Both the detailed results of our careful research backed by hard scientific facts showing pharmaceutical medicine to be the second biggest fraud ever perpetrated upon an innocent humanity plus the new direction which we must take in order to create real health care are in the book “Tyrannosaurus Pharmaceuticus R.I.P.” available here. Please note, this book is NOT available on Amazon!

It is now almost four weeks since this new book went on release in the pharma-cartel homeland of Germany and six weeks since the English language edition was made available.

With a book which demolishes the entire foundation of pharmaceutical (also called conventional or allopathic) medicine, one hopes for some sort of reaction from them. The intensity, ferocity and stupidity of their actual reactions has, so far, been most gratifying.

It began just five days after the book first appeared. The German “Bundeszentrale für gesundheitliche Aufklärung (BZgA for short)“ - the rough equivalent of the American CDC - the directrix of which, Frau Heidrun Thaiss, published a warning of how dangerous it is to not vaccinate your children.

She, of course, offers no scientific evidence to support this (for there is none) and then goes on to argue that those opposed to vaccination argue exclusively ideologically, i.e. with no evidence to back up their arguments.

As a daily growing number of people already know, the opposite is the case: Anti-vaccinators argue (mostly) from scientific knowledge and from experience; it is the vaccine proponents who argue dogmatically and without scientific back-up. 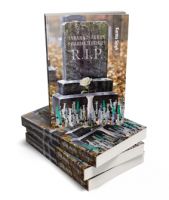 I actually wrote the book with this in mind and have, accordingly, shown the evidence in a form which most will find easy to grasp and, themselves, pass on. As one reader has already commented, “Please make me an offer for 10 further copies so that I can confront everyone in sight: It’s much easier than arguing when you can say, “Read that and we’ll talk about it later.””

Two days later, exactly one week after the book became available in the shops (Am: stores) Spiegel TV launched a propaganda campaign against all and any opposed to vaccination. They did, of course, not use truth, scientific evidence, statistics or anything resembling these but exclusively sought to “paint anti-vaccinators black” with any sort of nonsense, no matter how irrelevant, they could lay their hands upon. Spiegel TV is well-known for such activities and most of those opposed to pharma-dogma refuse to have anything to do with them. This, Spiegel TV were even brazen enough to actually use in the broadcast, portraying the refusal of a prominent anti-vaccinator to interrupt a discussion he was having with bystanders to film an interview with them as “aggression against the press”.

As many already know, “Der Spiegel”, of which Spiegel TV is an off-shoot, is a prominent magazine established by the British secret service after World War II in order to feed the German people with the propaganda desired by British politicians and their masters in the cartels.

In a filmed interview with the independent German news channel “ExtremNews”, we went through the entire Spiegel TV “report” point by point. For those who speak German, the entire broadcast is here:-

For those who do not, the English transcript (in short) is available here as a .pdf download - 142 Kb. (For clarity, when the transcript is passed on to friends and family, I have included this introduction.)

Should any English speaking channel (TV or radio) wish to record such an interview with me, please contact me soonest via this contact form.

Please note that as Microsoft has added so much spyware to Skype that it no longer reliably functions as a communication medium, I have switched to using Wire.com which has been built as an open-source project, partially by the same programmers who originally built Skype and have left it after seeing what Microsoft did with it; this is why it looks a lot like Skype. You can request my Wire user name via the contact form mentioned above, stating your reason for wishing to contact me.