Switching your poverty machine off

Switching your debt / poverty machine off!

All toxins which don’t immediately kill you force your body to develop a tolerance for them. Such a tolerance gradually becomes an integral part of your body systems so that the poisons can be neutralised on “auto pilot”. These emergency systems are very dominant because they have to check everything that you put into your body to grab the toxins before they can seriously damage the rest of your body.

This is true not only for chemical toxins such as cigarettes or beef etc. but also for emotional toxins.

A poison-tolerance system always runs in top gear because it is an emergency system. Its function takes priority over almost all “normal” systems. If, however, it does not find its toxin then a sort of “general alarm” will be triggered because the system presumes that the toxin has somehow escaped it and all other body systems will be set into emergency status to find it. This is why, for example, it is so difficult to stop smoking; your entire body is in a constant emergency state looking for the nicotine etc.. It is only when the poison has been “found” (i.e., usually, once again consumed) that calm returns to your body.

Once a poison-tolerance system has been created, it can take up to seven years to completely dissolve it, i.e. the system will be on active search for its toxin for seven years. This is why, once you’ve stop smoking, you are in danger of starting again for seven years.

You can dissolve the toxin-tolerance system earlier.

This is what the non-smoking mantra do - they dissolve the toxin-tolerance system for commercial tobacco. It can, of course, only work if you actually WANT to stop smoking. Attempts to use them to force yourself to stop are certain to fail because the enjoyment of smoking will always re-build the tolerance system.

In October 1991, I brought the recipe which I had used to become a non-smoker in just 2 days from the Himalayas to Europe. Just last week, on the 26th January, was the tenth anniversary of my offering it online. In that time, just three people failed to stop smoking and were given their money back.
If you truly want to stop smoking, this is usually a matter of a few days.
You can download it here.

What about poison-tolerance systems for emotional toxins?

These function somewhat differently because the toxins are generated within your own systems and express themselves externally!

Nonetheless, poisonous emotions are also damaging for your body and play a large role, for example, in many types of cancer.

As we have seen above, a toxin-tolerance system demands its related poison and gives no peace until it gets it. This is why it can prove so difficult to eliminate the unpleasant effects; the system demands that its related poison be constantly produced. The self-poisoning then takes on the appearance of being an integral part of your life that you just can’t get rid of.

IT IS, HOWEVER, ONLY APPEARANCE!!

We begin in our youth, for example, to build up a tolerance for cigarettes.
Very often, however, we must create systems to deal with emotional toxins even before we are born! Because of this they take on the appearance of being an integral part of our personality instead of being perceived as the foreign perturbations that they truly are.

I have given one of these the label “poverty addiction”.

This system contains and constantly expresses all of the learned prohibitions against a comfortable life with time and room for self-study and -development.

This system is also why so many people fail so early with their business ideas that they don’t even begin to try.

It is this which locks us into the hamster wheel.

Research and experimentation have given the result that this poison-tolerance system can be dissolved, over a few weeks, by using the healing transmissions developed to overcome it.

As soon as the system has gone, the “habit” of creating such problems for yourself also disappears.

This is the first video which explains everything 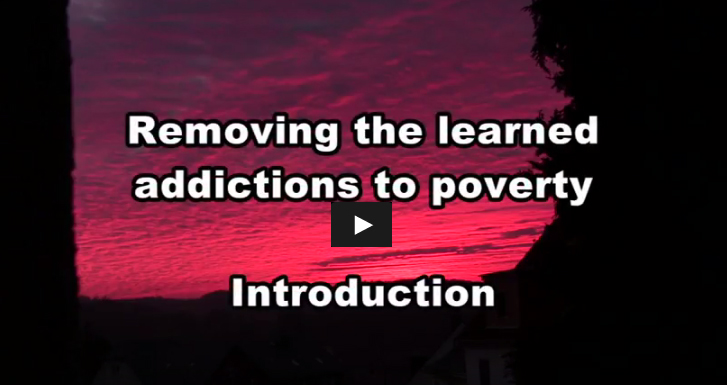 The first transmission is here: 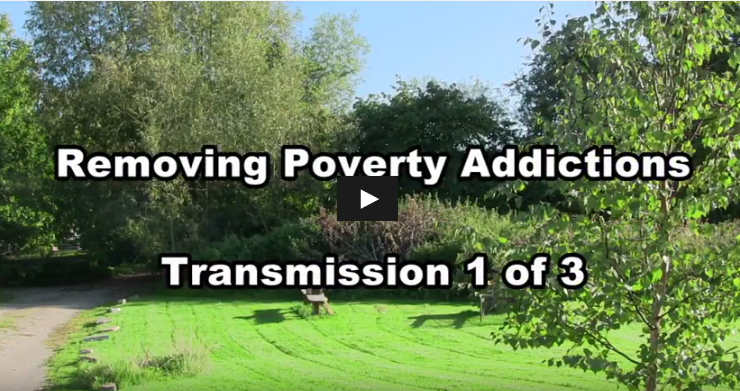 The second and third transmissions can be downloaded here - just click on the picture. 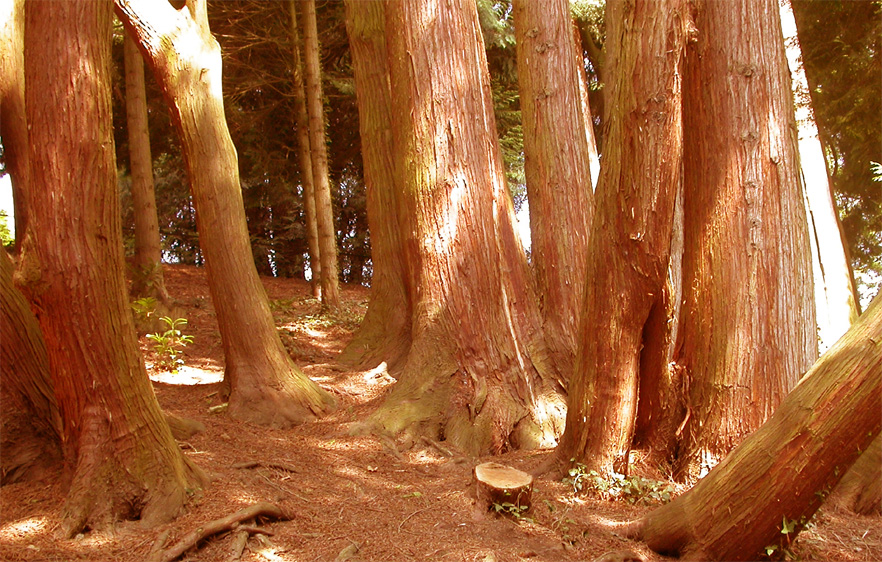