Over the last few days, the world has been treated to the spectacle of a 19 month old child being taken away from her parents because she was not showing normal growth.
https://www.bbc.com/news/world-australia-49430857

The first question which one, perforce, asks is, “Why is a family tragedy in a fairly remote Australian suburb being made into a world event?”
The second question is, “Why, if this happened in March of 2018, is there zero information available about the child’s present condition?” and the third is, “What is the development status of her siblings?”

All that we are told, in fact, is that the child had serious developmental problems and that a vegan diet was the cause. Other than noting their existence, the other children are not mentioned further.

Now, if such were a common event in vegan families then there could be some justification for the assumption. There are, however, none such. To the contrary, children who are raised on a vegan, macrobiotic or Chinese five element diet are almost uniformly much healthier, well balanced and much more intelligent that their less fortunate contemporaries. This happens because these types of nutrition are much more balanced, give higher grade and more comprehensive nutrients and contain far fewer toxins and so the child’s metabolism is free to concentrate on development instead of detoxification and the search for means of assuaging dietary deficiencies.
To restrict this could well be the purpose of this propaganda exercise!

Such developmental problems are, although rare, not unknown.

In this particular case, development was normal for the first few months and then stopped. More often than not, the child’s body fails to produce necessary enzymes which means that food cannot be properly digested. A genetic cause (the usual medical excuse for not searching for the true cause) is, therefore, ruled out - your genes do NOT change when you are six months old or at any other time in your life. If development has been normal then an event which changed this at around six months must be sought.

Australia is a pharmaceutical fortress with the entire population held prisoner. If you tell the truth about vaccination, you cannot even get a visa to visit the country! This state of affairs is certainly not unconnected with the fact that the last prime minister and his wife are both very significant shareholders in pharmaceutical companies. Medical corruption and suppression of the truth are rampant. 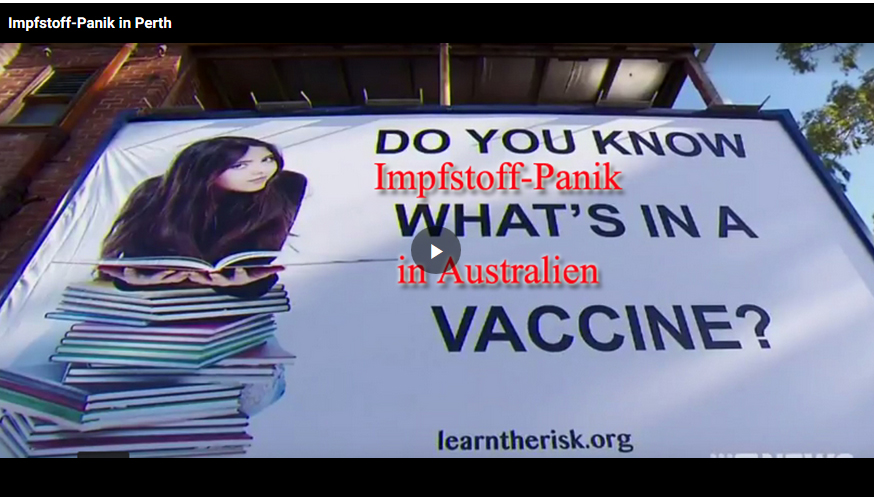 At what age are the first “vaccines” imposed upon Australian children?
As we see on this government website, the first (hepatitis) is imposed at birth! In a state when the liver is so under developed that severe complications can be caused.

At six months, a child which follows the programme has already been subjected to TWENTY THREE toxic injections: An age at which the liver, your body’s main detoxification organ, is extremely underdeveloped and unable to cope with this load.

(It is not until around 4 ½ to 5 years of age that the liver is fully developed and then “kick started” into adult operational mode in the developmental process which we call “measles”.)

When we look at the so-called vaccines themselves, we see that none of them do anything useful at all!

1. Hepatitis is an emotional, ancestral problem and has nothing whatsoever to do with any fanciful “invading micro-organism”.

2. Tetanus, although the symptoms are dramatic, is so rare that it has not been possible to carry out studies to identify the cause.

3. The only known effect of the whooping cough vaccine is to spread this disease.

4. Polio is a combination of heavy metal poisoning and certain pesticides. In point of fact, the only countries in which polio is still endemic are those in which DDT is still allowed. Where DDT is forbidden (as, for example, Australia) polio has disappeared.

5. Even the medical establishment has now admitted that influenza vaccination simply does not work.

6. The excuse for pneumococcal is so far-fetched that no editor would permit an author to write such in a novel.

7. “Rotavirus” is just a “smart alec” name for diarrhoea which is a natural intestinal detoxification process. Improvements to diet over the last few decades have greatly reduced the incidence of this minor malady.

So, what evidence was presented in court to show that the vegan diet could have been the cause?

Instead, the parents were threatened with imprisonment and their children being taken away if they did not admit their “guilt”. The judge had, therefore, no option at law but to pass sentence based, not upon evidence but upon an admission of guilt forced by mental torture - a crime even in Australia!

So, what did cause the arrested development? It is not easy to say with so little information (even the head in the sole photo of the child has been blocked out) but the preponderance of evidence indicates that the toxins in the massive “vaccination” programme may well have caused a system breakdown. This appears to be the common factor in most similar arrested development cases.

Why don’t the self-styled “elite” like veganism? Why go to such lengths to create a fairy tale which falls apart the first time that anyone with knowledge in the field takes a look at it? Well, for one thing, they’re desperate because so many of their plans have been thwarted over the last years. But what does veganism do which makes them so fearful?

As mentioned above, people become much healthier, more intelligent and perceptive.

My personal experience with macrobiotics shows that, over a year or so, the ability to correctly process information and to sort truth from lies is greatly enhanced. A vegan diet brings similar benefits. This is why it has been added to the list of things which the pharmaceutical cartel wishes to have banned.

We should all, perhaps, take note of this and make the effort to improve our diets and, thereby, our health and wisdom.

It is for this reason that a guide to human appropriate nutrition is to be found in both “Tyrannosaurus Pharmaceuticus R.I.P.”  as well as in the new book “Cancer? So what?”

This article can be downloaded as a .pdf for distribution or inclusion on your own website here.