The Masquerade - a Doctor's Viewpoint

Part two of the Messiah Training is now online here:-

(Just click on the picture to start the video) 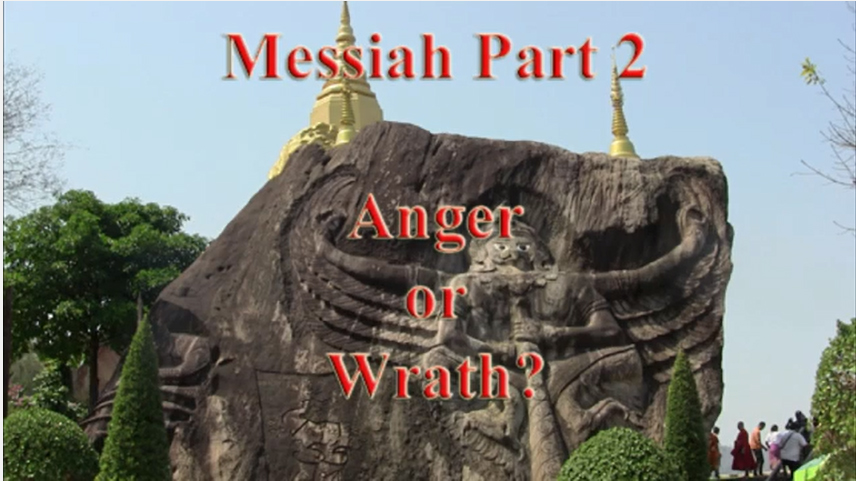 In an interview on ExtremNews, Dr. Uwe Häcker explains precisely why the wearing of such face masks not only makes no sense but is also a very unhealthy practice from a medical point of view. Even the WHO, he points out, says that it makes no sense.

He points out that, in his work in operating theatres and intensive care, he wears such a mask to prevent fluids from his breath entering surgical wounds. That is all that they do. Such masks cannot even stop dust particles, as he demonstrates in the video. The putative viruses, he says, are one thousand times smaller than fine dust particles.

As I demonstrated at the beginning of this video, to a "virus" it's just like putting up a chain fence to stop mosquitos. "Viruses", did they actually exist, would go straight through such a mask without even noticing it. A face covering that would stop anything so small as a "virus" would not allow you sufficient breath to survive!

The long-term wearing of such masks is very damaging to both physical and mental health: After only 30 minutes, re-breathing the breath expulsions caught in the mask begins to seriously damage the lungs; this may actually be the intent - to create a pseudo-second wave through compulsory self-poisoning.

The blocking of normal human visual communication brings with it enormous psychological problems and is very likely to further increase the COVID-19 suicide rate.

The original video is in German and can be seen here:-

Originally, Chirada and I had planned to hold the next New Moon Seminar in English in Dorset on England's Southern Coast.
The present Corona silliness is preventing this and so we have, once again, moved the seminar online.

The main work will take place on Saturday and Sunday 30th and 31st May with the final Q & A session on Monday the 1st June. See the table below for your local times.

I have, today, added a list of comments from previous participants which you can read here.

The timetable is 90 minutes work per module followed by a 30 minute tea break.
On the Saturday and the Sunday, there is a 1 hour meal break between modules 2 & 3 and between 5 & 6

Viruses, just as does vaccination, have no scientific basis but are a religion!

Project to undermine the widespread false belief in infectious Disease

Back in the mid-19th century, the world was clamouring for an explanation of the cause(s) of the many diseases which plagued humanity and claimed millions of lives each year.

Two "scientists", Louis Pasteur and Robert Koch, joined together to promote the hypothesis of invading parasite as being the cause.

They did this not for scientific reasons but for personal fame and pecuniary advantage.

Pasteur was told in no uncertain terms by his professor, Pierre Béchamp, that the hypothesis is nonsense. Koch's medical colleagues demonstrated to him that it simply doesn't work.

Ferdinand Cohn, although cited as a participant in the Pasteur/Koch conspiracy, contributed nothing to it: It was his work, however, that showed how bacteria can change their shape to cope with environmental changes. Pasteur and Koch claimed that this in some mysterious way "confirmed their infection hypothesis" but never explained how.

When, in accord with his will, Pasteur's papers were removed from the safe where they had been residing until the last of his children had died, it was seen that he freely admitted to having falsified the results of many experiments so as to support the infectious disease hypothesis. The actual results, however, showed that "infection" did not happen.

Pasteur is, perhaps, best known for his process, called pasteurisation in his "honour". The claim, later proved to be totally false, is that by heating milk or wine in a controlled way, bacteria would be killed-off and so the milk or wine would remain drinkable. A simple experiment shows the falsity of this claim:-

Take milk directly from a cow, pasteurise it and then feed it to her calf. Within 10 days, the calf will be dead of starvation and toxicity. What Pasteur had succeeded in doing was to make the milk and wine so toxic that almost nothing could live from it: He hadn't killed the "invading" bacteria; he had destroyed their food source. By doing so, he had proved Béchamp correct:

"There are no "attacking bacteria"; dead or damaged organic material quasi "calls" to the bacteria which have the task, within the natural order of things, to recycle such by offering a food source to them."

Milk which comes into contact with the air (which it would naturally never do) immediately begins to oxidise and this changed nature offers a food source to certain of the recycling bacteria.

Other "real" scientists picked up on this. It throws the whole of the "infectious disease" hypothesis into question but, by the time that this was realised, the political and financial machinations of Pasteur and Koch and their intellectual successors had gained such a momentum that this "inconvenient truth" was simply pushed to one side and never reached public awareness.

It has never been science which has furthered the postulate of infectious disease but the inflated egos of those who had staked their reputations upon it combined with the massive profits to be made from it by the pharmaceutical industry.

Steeped in this new belief, certain botanists in Russia, The Netherlands and France in the 1890's noted that there appeared to be diseases present for which they could find no related bacteria. They, then, postulated that there "must be" even smaller microbes which were attacking their plants. So small that even the most powerful microscopes could not see them.

One Frenchman gave these hypothetical particles the name "virus" - the Latin word for poison.

Almost forty years later, the first electron microscope was built. Finally, it would be possible to see whether these viruses actually exist. There are, however, problems.

An electron microscope is capable of seeing such small things BUT it can only view dead, immobile things, never ever living, moving organisms! Further, it can only give pictures in black and white, never in colour.

As you would expect, when the degree of magnification went up from a few hundreds of times to many thousands of times, many previously unseen particles became visible. The problem is what you don't see, i.e.

All you know is that there is a something which has never been seen before. That's it!

Despite the complete lack of evidence and in the face of zero knowledge, these unidentifiable bits of something were declared, ex cathedra, to be the long-sought viruses.

Some years later and advances in DNA profiling revealed that each virus is genetically unique to the person from whom it was taken.

So the scientific evidence showed that the so-called "virus" was actually produced by the person from whom it was extracted, i.e. the whole virus hypothesis falls flat on its face.

Not to be confounded by the evidence, the virus und vaccine proponents rapidly developed another hypothesis to "explain" the embarrassing facts:-

According to this new postulate, viruses do not have any DNA of their own, they invade our cells in order to steal our DNA with which they then replicate themselves and then, somehow, throw off this stolen DNA as they jump into their air to "attack" someone else.

Although this postulate is widely believed, there is not the slightest shred of evidence to support any part of it. It is nothing other than a tail-biting excuse to sell more vaccines.

The final nail in the coffin of the virus hypothesis came with the invention of the Somatoscope. This is a new principle in microscopy which can view living, moving organisms at more than 20,000 times magnification. This made it finally possible to study the life cycle of "viruses".

In the nearly 40 years since the Somatoscope was invented, no "virus" has ever been found!

What the Somatoscope has shown us is that, when cells are damaged beyond repair, your own body will create the micro-particles which have been falsely labelled "virus". These have the task of dismembering the cell before it can transmit its "sickness" to the adjacent cells. They, further, gather the residual proteins from the dissolved cells - erroneously labelled "anti-bodies" - and transport them to the liver for reprocessing.

Vaccination consists of injecting someone else's sickness into a healthy person with the claim that this will prevent them getting the sickness which has just been injected into them. Of course, it doesn't work. All epidemiological studies show uniformly that vaccination, as you would expect, doesn't prevent disease; it actively spreads it! 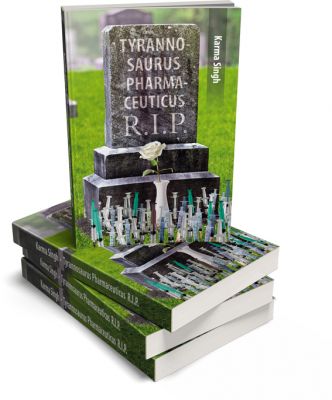 This is why the pharmaceutical manufacturers refuse to carry out any comparison testing of their own.

Read much more on this in my book "Tyrannosaurus Pharmaceuticus R.I.P." available exclusively here.

Please note the comment in red below here when ordering

As of mid-April, Deutsche Post began refusing mail for delivery outside Europe. As all books and mantra are available in download versions this is not a great problem. DVDs, however, can no longer be sent. This may well speed up the plans which we had already made to make the DVD contents available online. I will keep you posted.