Usage instructions for this weekend  (video)
I've learned something new
How much longer? 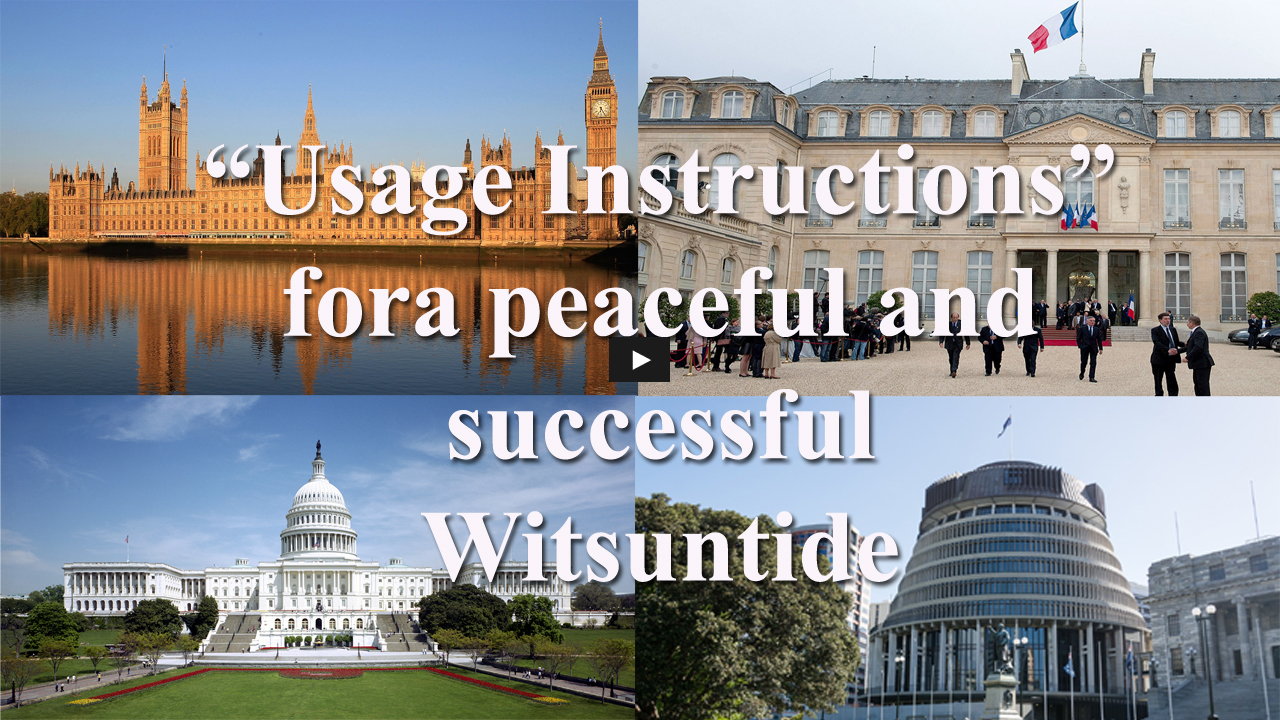 When someone's lungs are badly damaged by, for example, inhaling flames in a house fire or, in my case, chemical burns, if they survive the initial trauma then they often die of something else.

There is a fungus which has, in the Divine Order of things, the job of recycling dead and damaged lung tissue. It is called "Aspergillus". The big problem is that you often don't notice it - you feel your lungs getting better and then, suddenly, you stand up and you can't breathe and your wife tells you that your face has turned blue/black.

All the time that you were recovering from the burns, this fungus had been eating its way into your tissues and, suddenly, there's very little lung left to breathe with. This was me on Monday this week.

I've been given some very potent natural healing medicines (one of which is widely banned because it is so effective) and been told that my "plan" for the next month is two weeks in bed followed by two weeks on the coast to really clear my lungs out. Hmmmm, we'll see whether that works out.

The upshot is that I can't do any energy work at the moment and am not sure how long this will last. Please bear with me - I'll get to it as quick as I can. For the moment, I must look to my books and DVDs to provide me with a living.
top

Ten years is the planned answer.
In this time, the bankers and their employees (Merkel, Macron, Biden et. al.) intend that all economic activity shall be squashed down to the minimum and many, many millions of us shall be dead.

What they expect to gain from this is a world where almost all of us are imprisoned in huge mega-cities with very basic accommodation and the rest of the world shall be their personal fiefdoms. Our function shall be their serfs who are allowed to live just to long as we satisfy their every whim and fancy.

This is not some science-fiction novel but a determined plan created in the last century. Originally, they expected to achieve their objective by this year. This is why their plan was called "Agenda 21". As we have proved to be more resilient then expected, they've now re-named the project "Agenda 2030" and expect that most of us will be dead by that time.

As you have doubtless seen, their principle tool at the moment is the "Corona" or "Covid-19" fairy tale.

Although this disease is nothing other than the normal annual 'flu, renamed for propaganda purposes, they have based their campaign upon the fact that almost nobody ever looks at sickness and death statistics. Those of us who do and have looked at such statistics are, of course, aware that nothing out of the ordinary has happened.

To "keep the pot boiling", every now and then they add a little fuel to the fire. Their latest such is the invention of another new "virus" mutation in England.

There are a number of problems with this:-

1) Viruses that do not exist cannot mutate -
Nowhere in the world is there any known laboratory with a specimen of the "virus". In October and November 2020, 44 governments were asked, under freedom of information legislation, to state where a specimen of the "Covid-19" causing virus is to be found. 31 governments, including the USA, Canada, Great Britain and Australia all answered that they do not have a specimen of the "virus" and do not know of anyone who has. 13 Countries, including Germany, have, illegally, ignored the requests. The only "evidence" that we have about the "virus" is two "photoshopped" images paid for by Bill Gates. The one was invented by "professor" Drosten at the Charitè teaching hospital in Berlin (not the first time that he has invented a non-existent virus!). The other comes from the Centers for Disease Control in America.

2) The "evidence" for the existence of the "virus" is a total fantasy
Right around the world, the Polymerase Chain Reaction is used to detect the presence or absence of something called "Sars-Cov-2" even though both the inventor of the PCR process, Dr. Kerry Mullis, and all manufacturers state that it should not be used for diagnostic purposes.
Despite the claim in the legislation which established the new German dictatorship, Sars-Cov-2 is not a virus or anything like one; it is a tiny protein fragment, around one thousand times smaller than a "virus". It's genome contains just 37 base pairs (viruses have between 30,000 and 40,000 base pairs). This self-same protein fragment is to be found in more than 100 species of bacteria, mink, goats, lions, even a papaya and SEVENTY FOUR TIMES in the human genome. A negative PCR test is, therefore, a "false negative" as it has failed to detect normal human proteins! A "positive" PCR test is just as meaningless.

3) There is no evidence that a pandemic exists
There is, actually, no modern precise definition of this term. Looking back in history, we see that the American Centers for Disease Control, used to define it a a condition in which at least 20% of the populations of at least five countries were all sick with the same malady. Using this definition, we see that the last pandemic in Europe took place in the year 1665 - more than three hundred years ago!
An epidemic is defined as a state in which at least one percent of a given population are ill with the same malady.
The Merkel definition is 100 per 100,000 population, i.e. 0.1%; this is way below the epidemic threshold and some thousands of times less than would be needed to call a pandemic.

Something to think about.